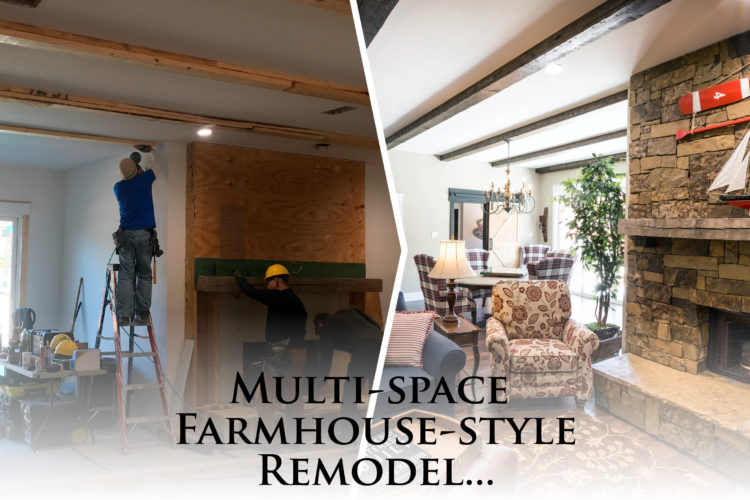 They bought this Keller home with some changes already in mind. Then, the day came when they were ready to make those changes a reality…and what came after was an INCREDIBLE project that would showcase the most gorgeous farmhouse-style design!

Originally, the house had a sunroom on the back that the family rarely used. It wasn’t one of the draws when they purchased the house, and in short time it ended up being the “store-all” for play toys. They knew they could use the space better if it were part of the interior of the home. There was also a HUGE workshop that could be converted into something else…

…But, where would they start?

The main bedroom was small. VERY small, really (considering the size of the home). The idea of opening up the master bedroom was one of the first things on the list when they started planning their remodel…they needed a home office, too, not to mention a big, open dining room connected to the kitchen so that they could enjoy a relaxed, social vibe whenever they had guests.

By the time they were ready to remodel, with so many puzzle pieces in play, they called us and design started with mapping out what space could be used best and where.

The decision was made that the big workshop they had would be turned into their new and beautiful bedroom and bath. The space was SO big, in fact, that it really could be converted into AMPLE space for each!! They were super excited.

The bedroom was also going to flow into the laundry area and mudroom. The only question was how to transition from one space to the other with the farmhouse style the family LOVED….in the end, Rob custom built a sliding farm door that separated the bedroom from the laundry area.

Part of the space they were going to “steal” from the sunroom was going to be used for the master closet, too, making it big enough that they would each have an area. She wanted a dressing area as well.

As for the kitchen, dining and living rooms, it was ALL going to be open!! No more whizzing around corners or through doors to serve a meal or just hang out as a family…

This couple wanted the space to really “be them,” and that meant relaxed. Life REALLY doesn’t have to move so fast! Comfort was a big priority, too.

None of this, however, meant the area wouldn’t be STUNNING.

The carpet installed was a perfect example of a stunning detail. It was a weave that has special fibers that, depending on where you stood from, would change colors. It was a chameleon carpet that could not have been MORE beautiful!! It truly sets the tone for the style in the whole space… 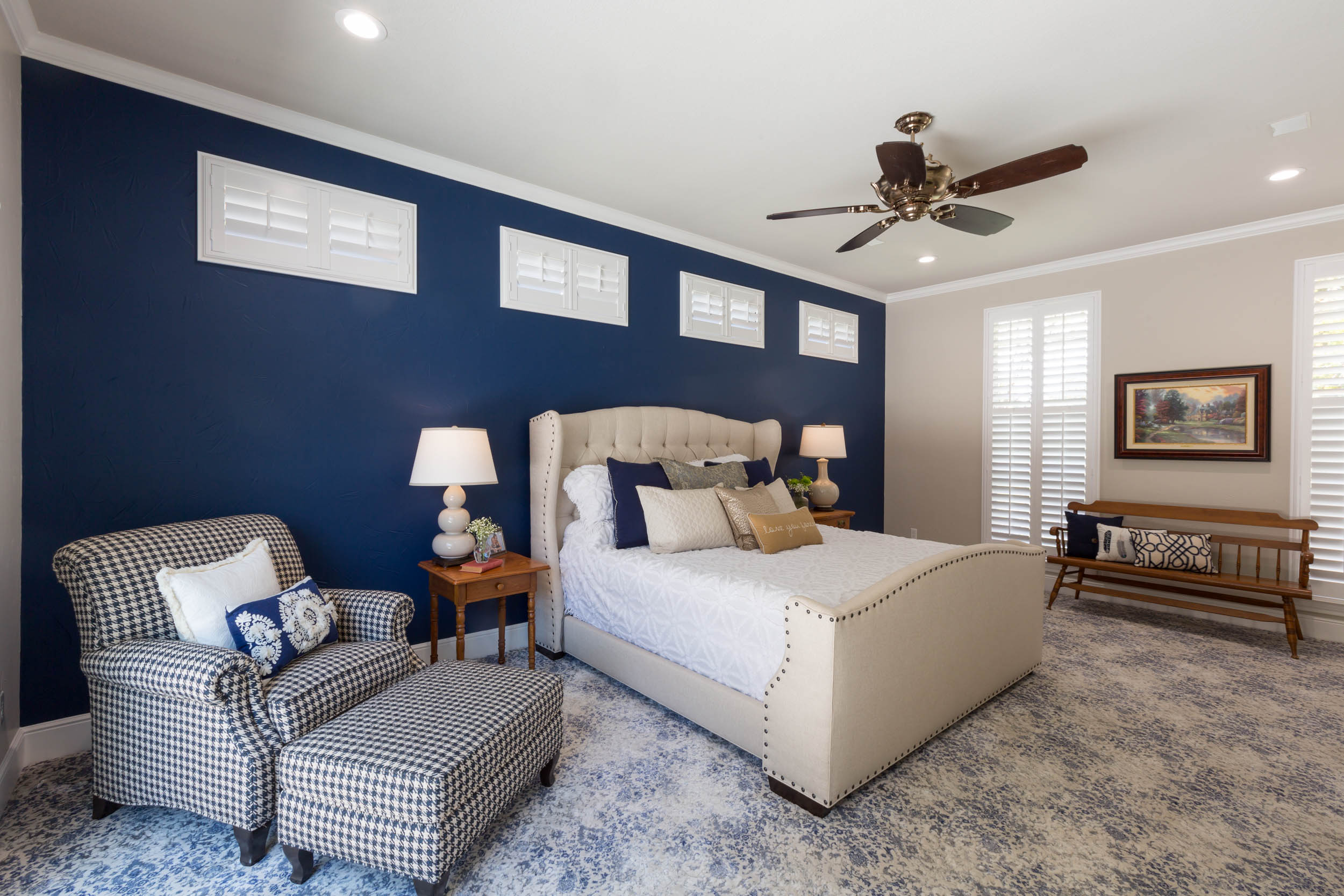 A dark, naval blue shade of Sherwin Williams was put up on one wall of the bedroom, too, bringing the room in around you in a comforting, soothing way.

The shower and bathroom had a whole accent wall done, too, using a concrete style that was gorgeous in its simplicity. The big shower was totally closed in, adding to that sense of security and comfort that the WHOLE space would come together for… 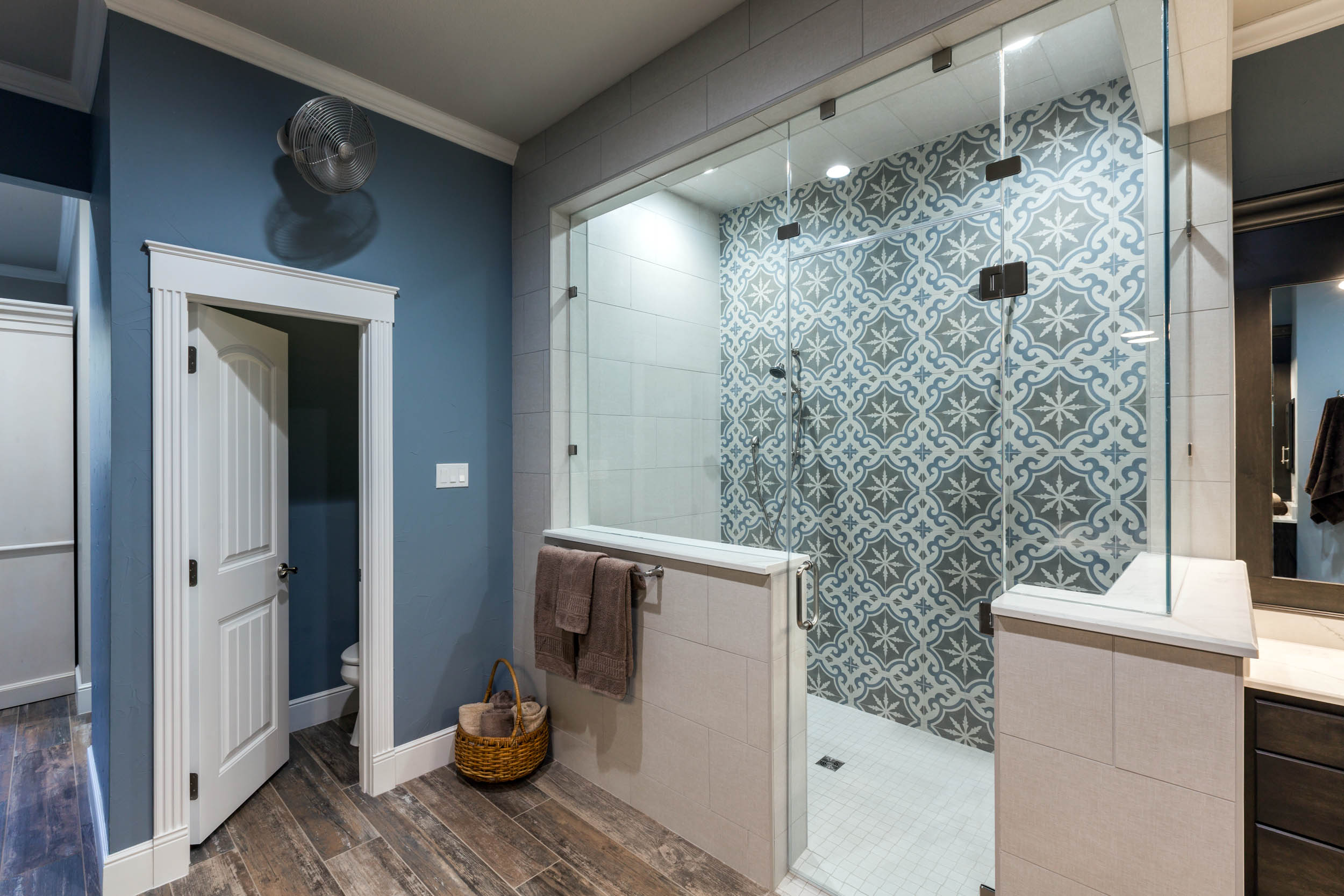 The fixture and style choices in these photos will EACH draw your eye! Start with the fireplaces, or the pillows, or the décor. Every detail was composed together for what was TRULY one of the most breathtaking farmhouse designs I’ve been a part of. 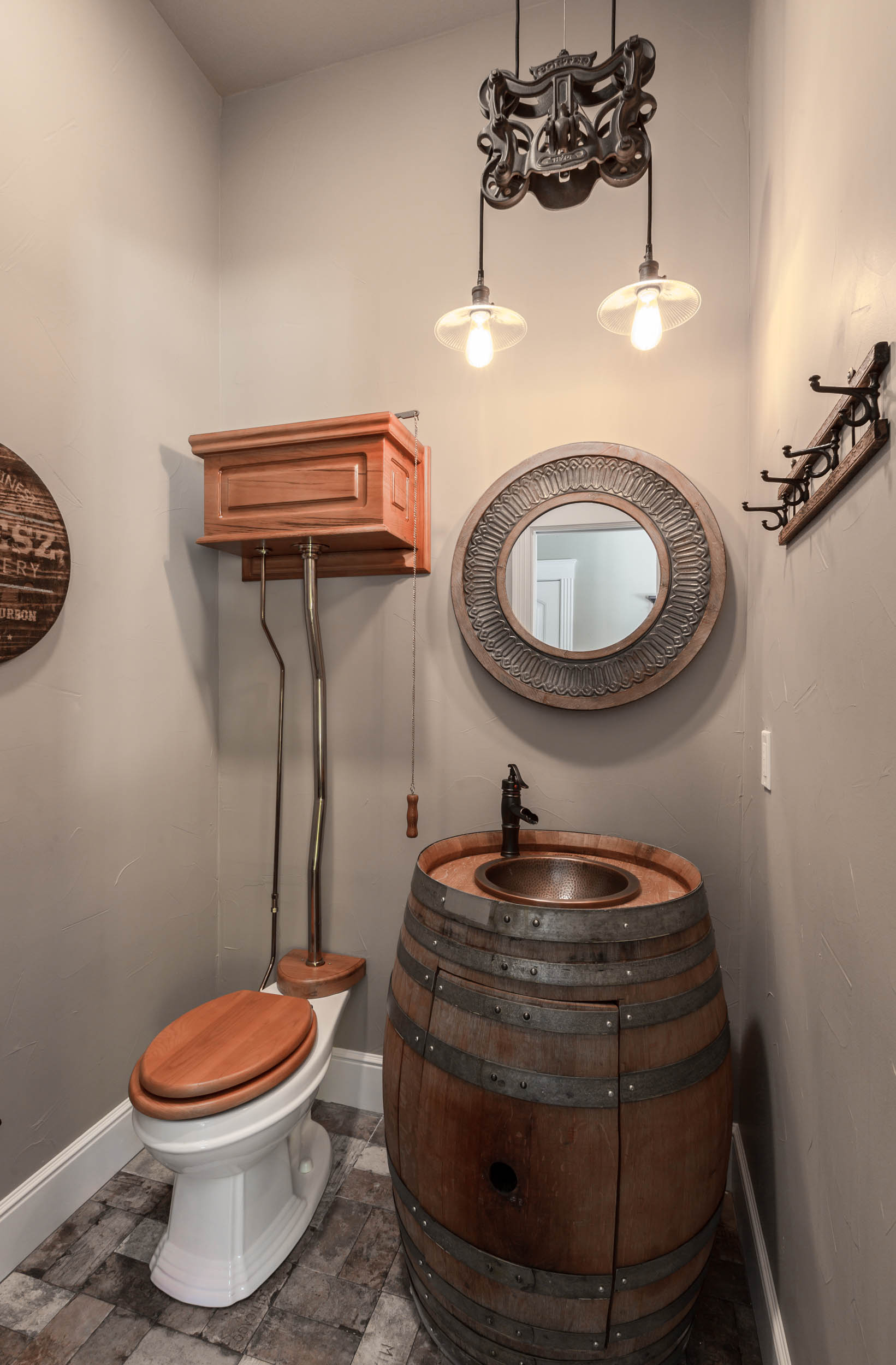 The small bathroom with the WINE BARREL as a sink will capture your attention, too! This was actually the half bath with access to the pool. The floor is a special tile that looks like old Chicago brick, and is no-slip, too, to help foot traffic from the pool move safely. 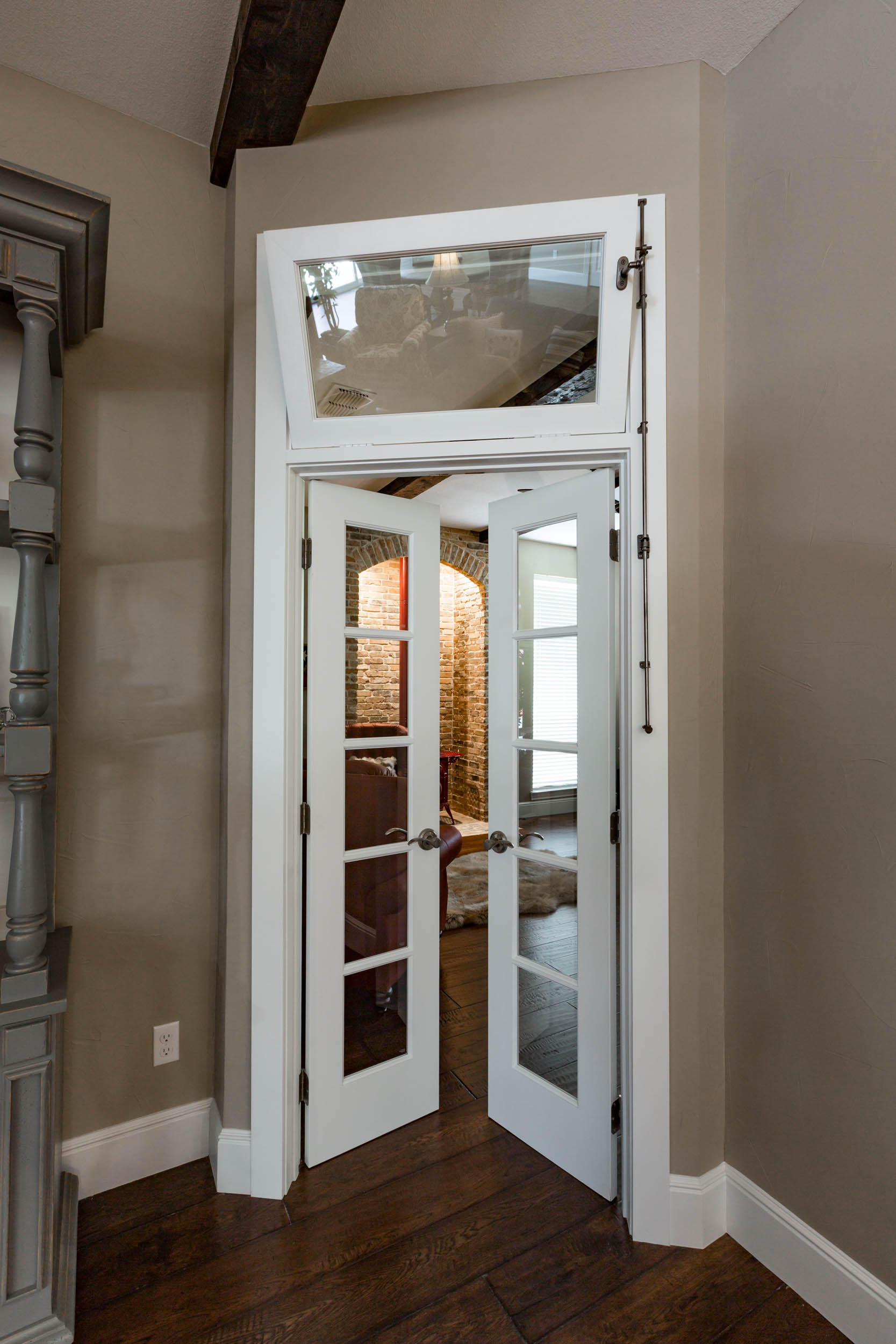 And finally…the door over the office has a working window at the top (when these doors usually have vitrines “just for show”). This and ALL the other details came together in the final project…and WOW, what a beautiful space!!

Just look at these photos!! What details stand out most to you?… 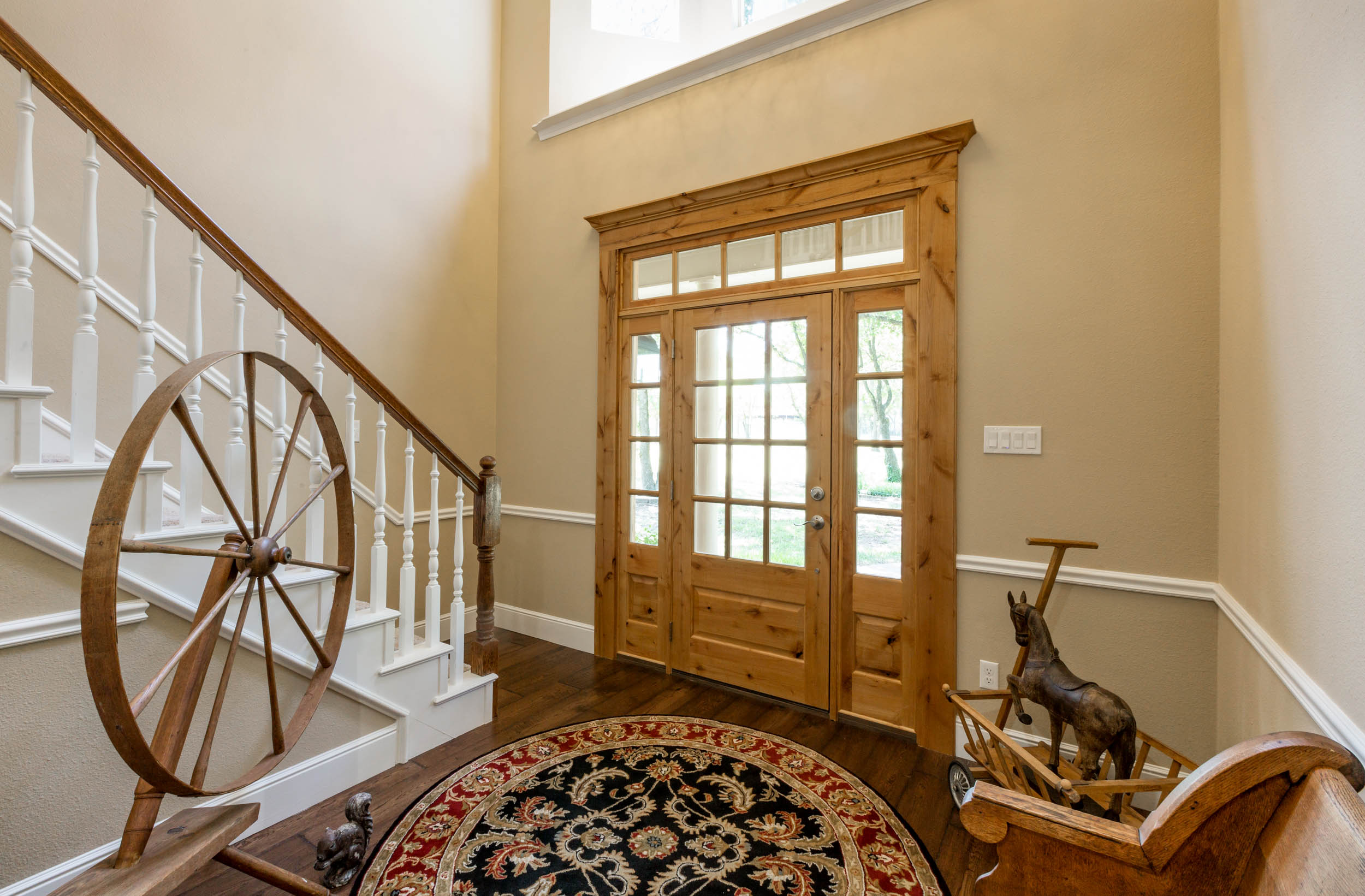 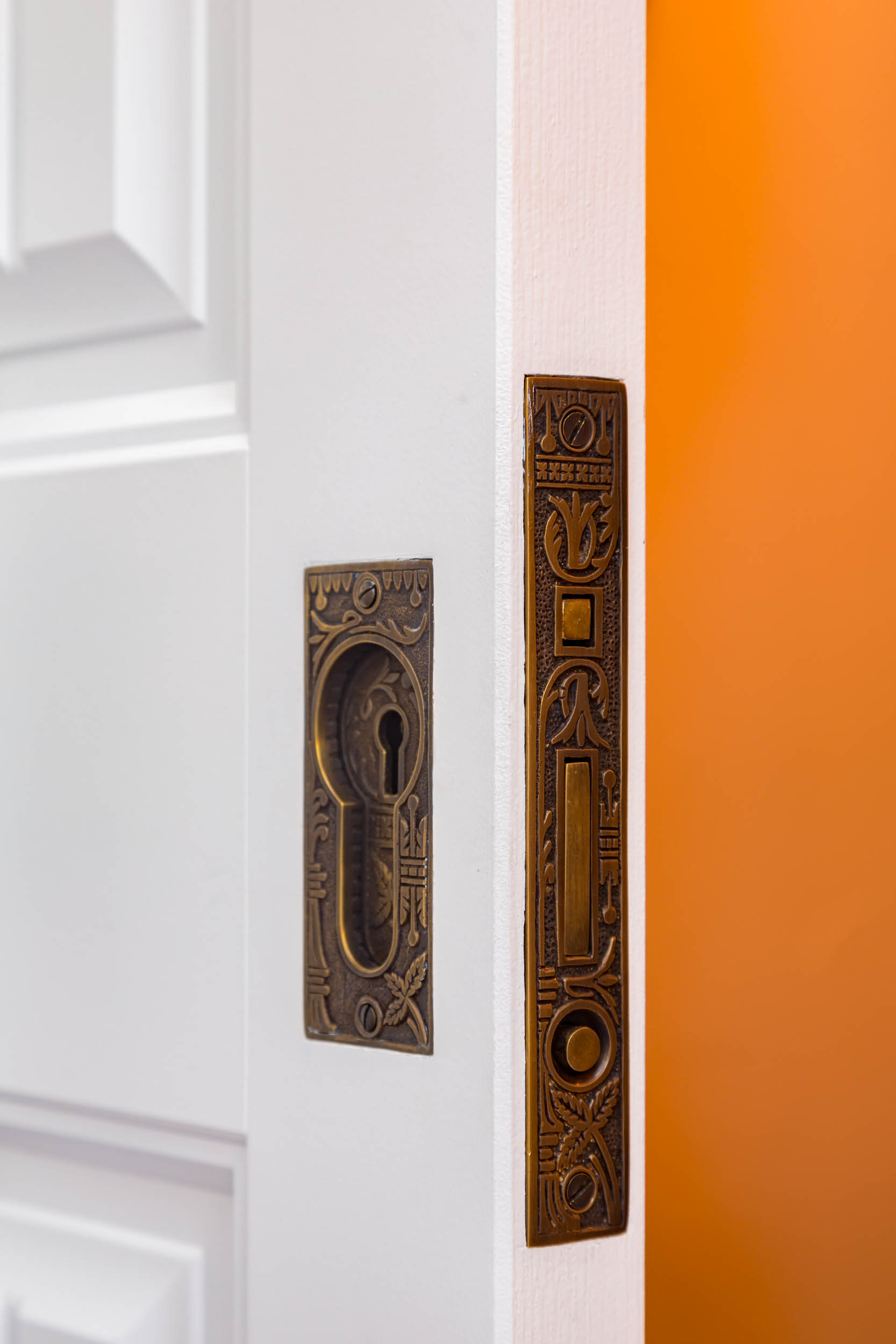 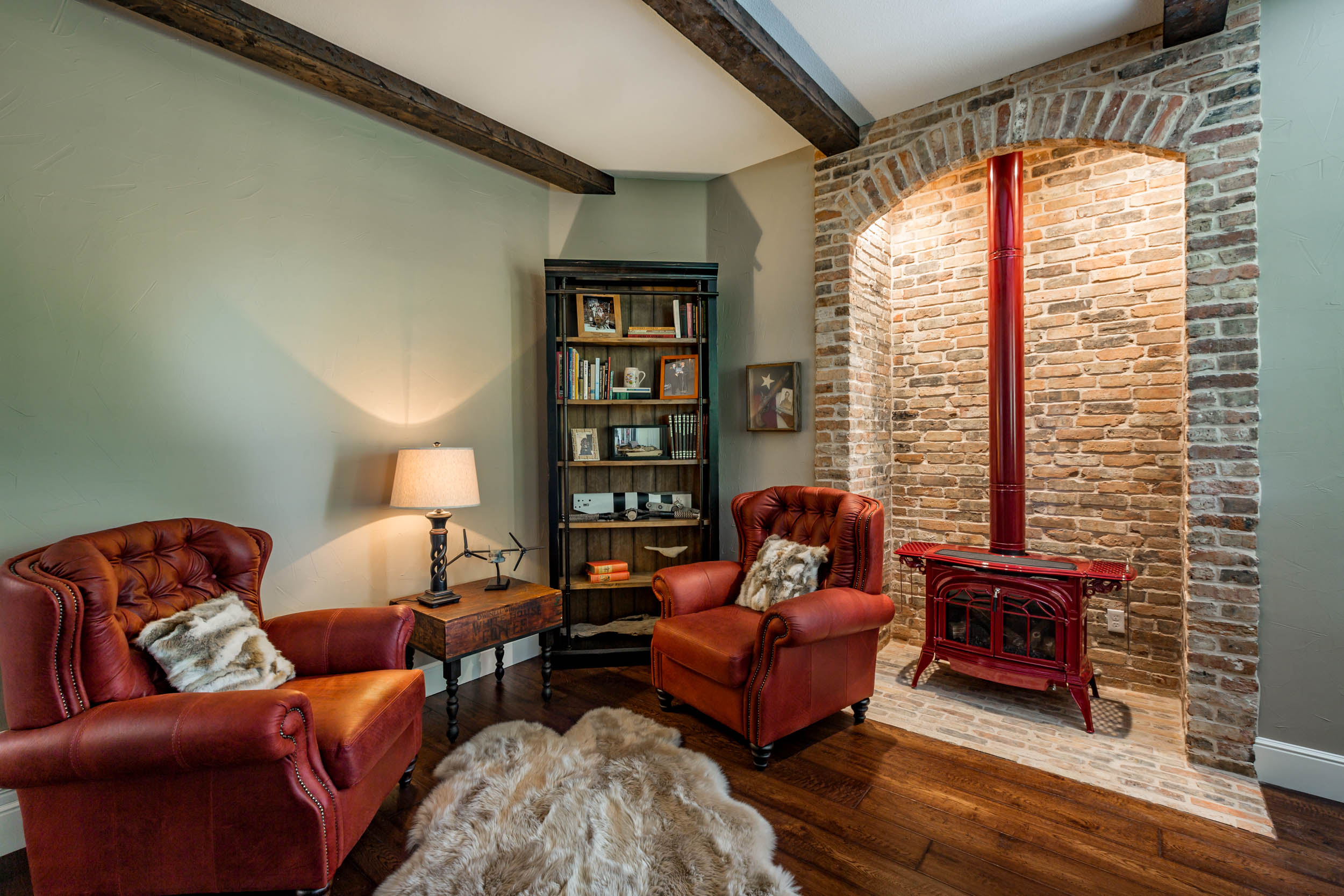 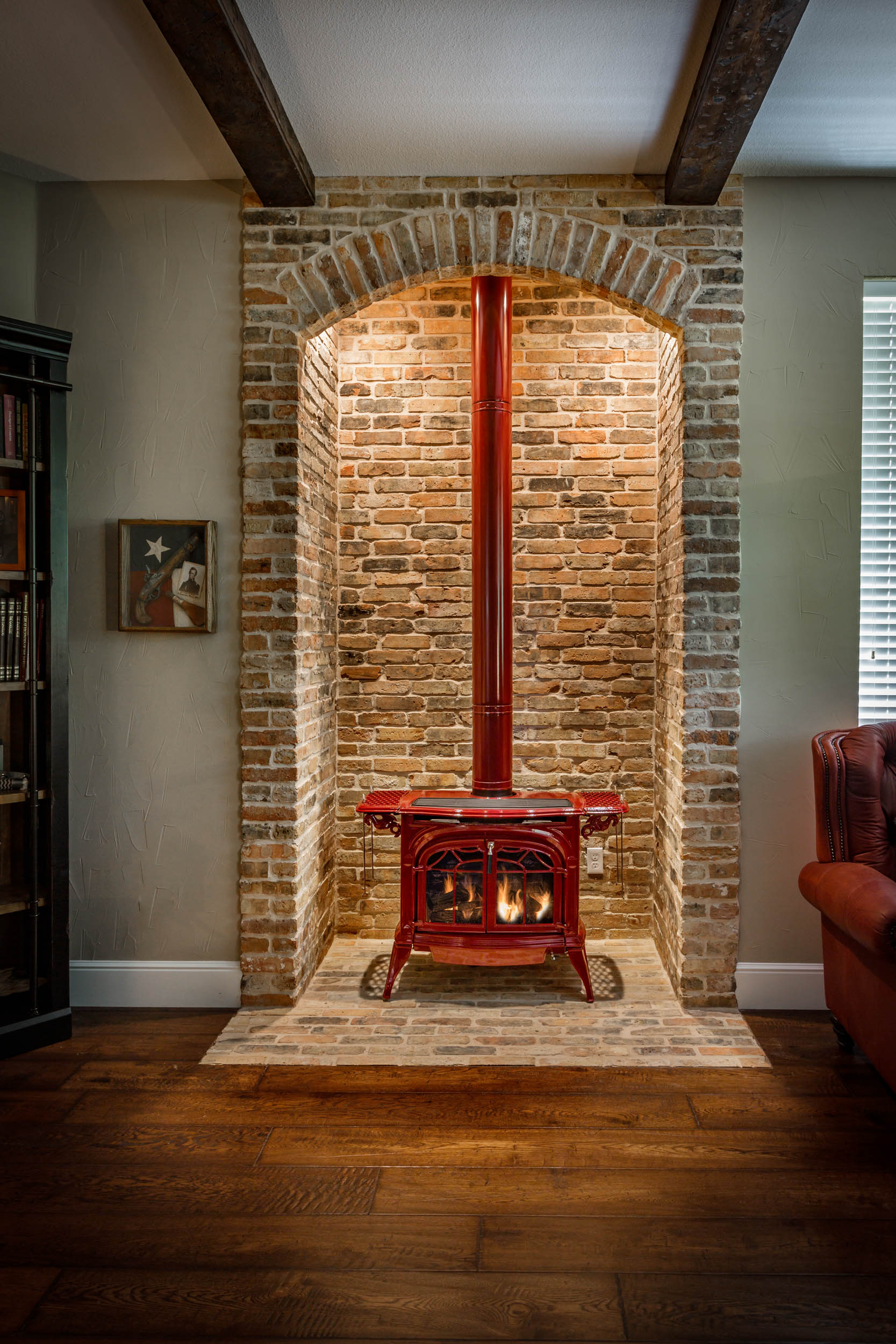 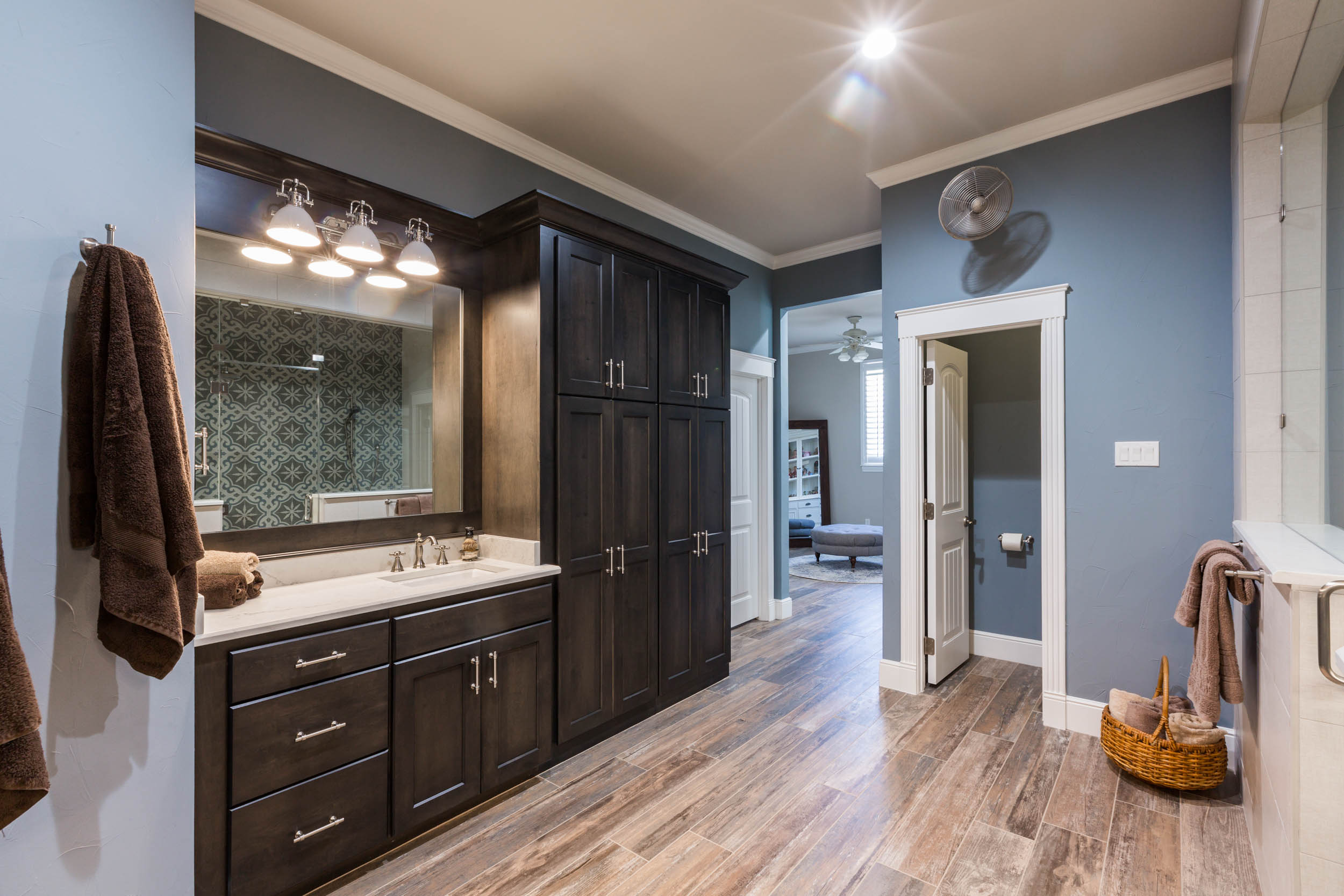