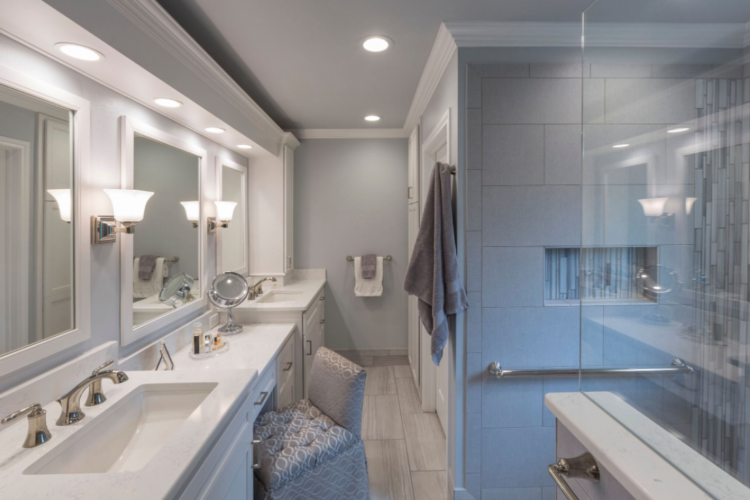 How To Maximize Your Bathroom Without Moving Walls

Not all of us have the time, or the money, or the interest in pushing out walls and changing layouts in every room. Maybe it’s not the time. Or maybe you know that a space is big enough already and just needs to be used differently.

Or, maybe you really would love to knock walls down and open a space up, but you don’t want to steal space from another room. Or maybe there are other factors in play…

Whatever the story, the number-one space for remodel in homes today is, and always has been, the bathroom. It makes sense that they used to call them water closets, because in older homes they feel just like that…closets! It’s not a surprise that they’re the first space to update for many homeowners.

So…what else can be done to open a bathroom up? Does it always have to be a remodel that guts the space and starts from scratch? There MUST be some industry tricks to make a bathroom larger and open it up without changing the layout…

We’re here to tell you that there are fabulous tricks to keep your bathroom layout while finding more space! And it’s not just about crafty shelving or painting the walls white…read on to learn about three beautiful bathrooms that had the SAME floor plan where we kept the layout but opened the space up for the homeowners who really needed it!

With one client who had to make her bathroom handicap accessible, the number-one concern was how to make her shower better suited for special needs. The floor plan didn’t have to change at all because there was one key piece that could be removed to change the space entirely: 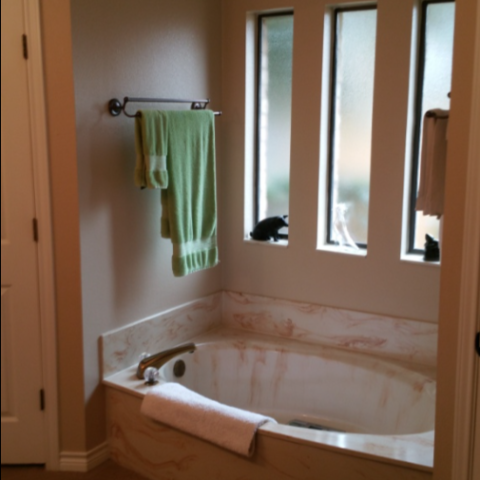 By removing the bathtub, the shower was then moved to the tub’s old space. The difference it made in floor space was HUGE, and allowed for a larger walk-in shower which accommodated the client’s needs. 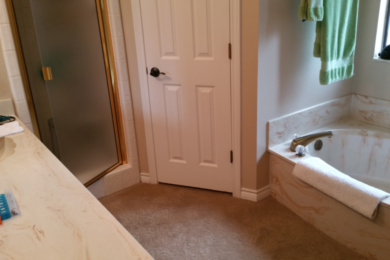 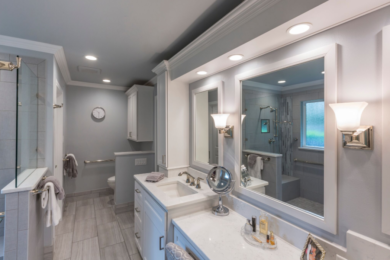 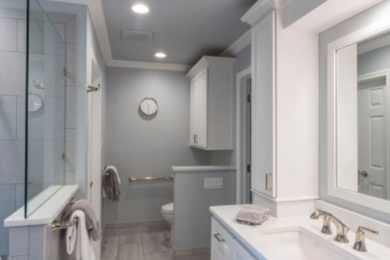 Space had to be maximized all over the room, and with the shower no longer lodged in its old space the old wall was taken out and the vanities were expanded down. The closets were squared off to allow for even more space, and voila! A beautiful, handicap-accessible bathroom with more space to accommodate the client’s needs, wants, and comfort.

Our second bathroom was a classic example of what little changes can do to make a big difference. The shower didn’t move, but the owners still got more space. How, you ask? By opening up the wall around the shower and raising the ceiling, the shower space looked more luxurious and more comfortable than ever. 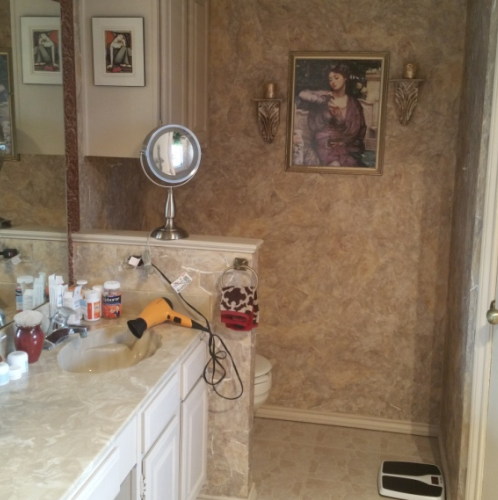 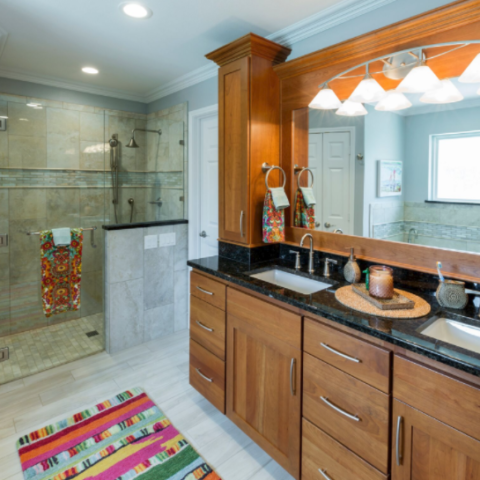 The bathtub area was re-tiled, and the room was given an overall fresh look. This was another successful bathroom remodel without changing the layout, and the clients couldn’t get over what a huge difference these little changes made! 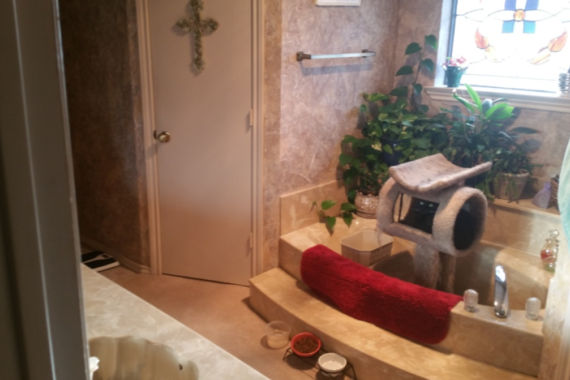 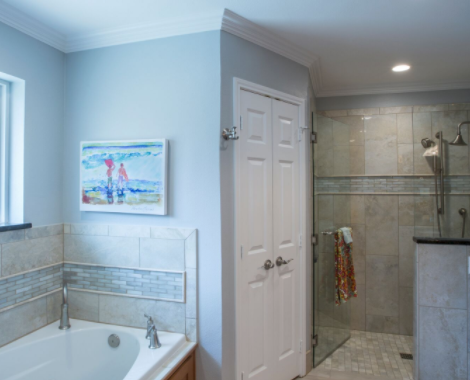 The third bathroom was another layout that didn’t change—however, the use of the space made for a luxurious and updated experience. The existing bathtub was large enough that the space it occupied was…

well, equally large! We thought, why not case around the space to create a great big “wet room?” 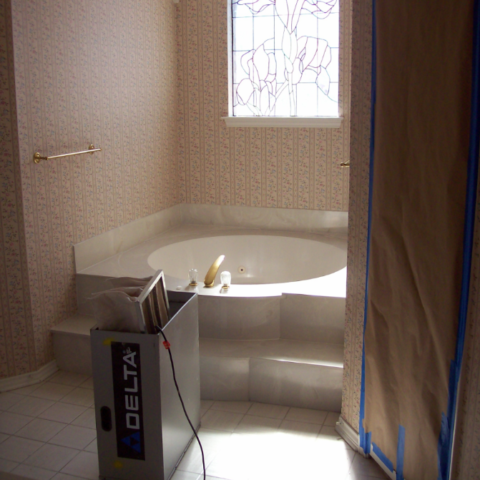 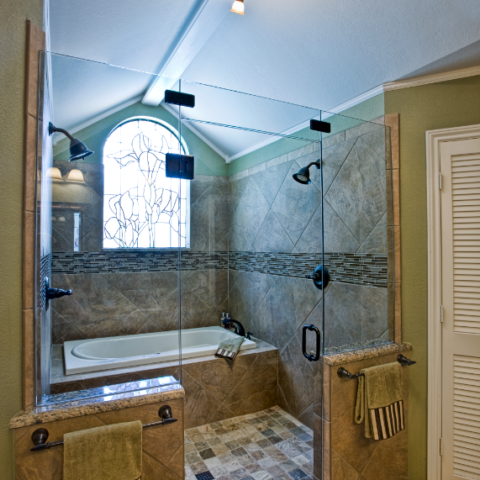 The “wet room” look gave the bathroom an entirely new and luxurious, spa-like feel, and still without having to change the layout. 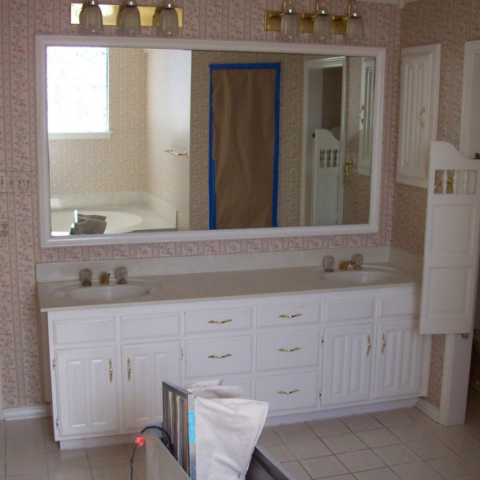 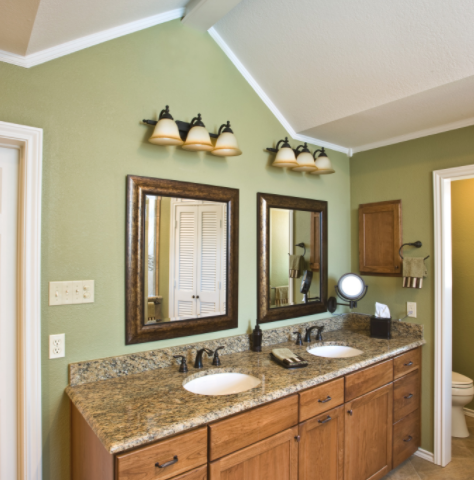 In all three bathrooms, the vanities were extended or left on the longest wall to get the best use of space. The layouts were kept the same, meaning that the use of space was maximized instead of pushing the bathroom out into the rest of the home. 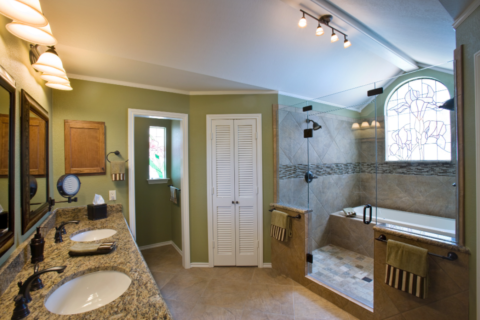 These three bathrooms had the SAME layout from one to the other, too, before the remodels. But look what could be done to answer the needs of each respective client! The design choices and updates echoed what the clients wanted most, or what the client really needed. Every consultation followed the maxim of what would make them most comfortable and serve as the best use of their space. 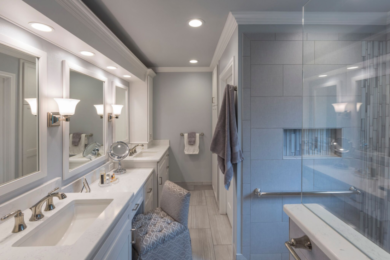 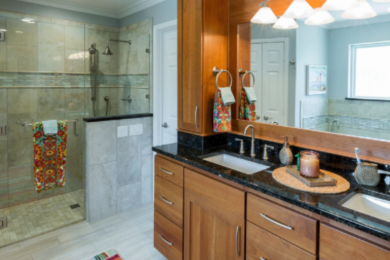 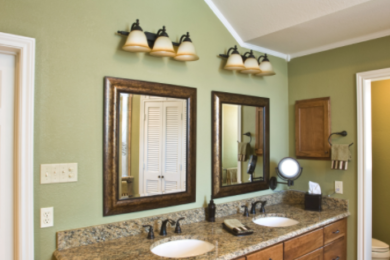 If you can’t look around your bathroom and “see” what small changes could open the space up or meet a new need, you just don’t have your creative glasses on! Call us and we guarantee signature “industry tricks” so you can start to see what your bathroom could be.