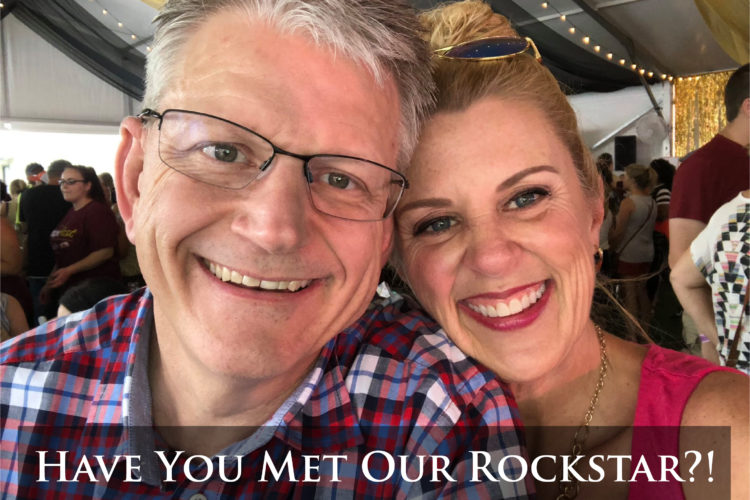 Have You Met Our Rockstar?! 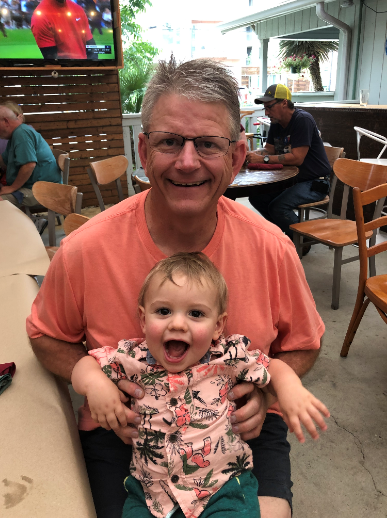 I’m writing these blogs every week and talking to you about trends and design, remodeling, and my random observations…but what I really want to write about today is this man.

Rob Mathews, the founder and president of Signature Home Services.

Rob is a complex guy. And I do NOT mean that in a bad way! He’s as detailed as his design plans…as multi-dimensional as his 3D renderings…and there’s a LOT you don’t know about him yet, even if you’re a client and have worked with him on multiple projects!

I’m guessing many of you already knew that Rob served in the Marines, and that he was a firefighter and paramedic…

We talk about these things openly and often because they demonstrate the kind of giving and service Rob is TOTALLY fixated on. He can’t not serve. That tells you something about him that we don’t often say directly: he looks at the people around him from behind a lens of how he can help.

Then, there are those things you DON’T know about Rob…some are surprising, and some, frankly, are inspiring.

From what local cities have said about his plans to how cats ALWAYS climb into his laptop bag, I want to share some things about Rob that I’m betting you DON’T know!

Keep reading to learn more about this man who plays such an enormous role in the work we do!! 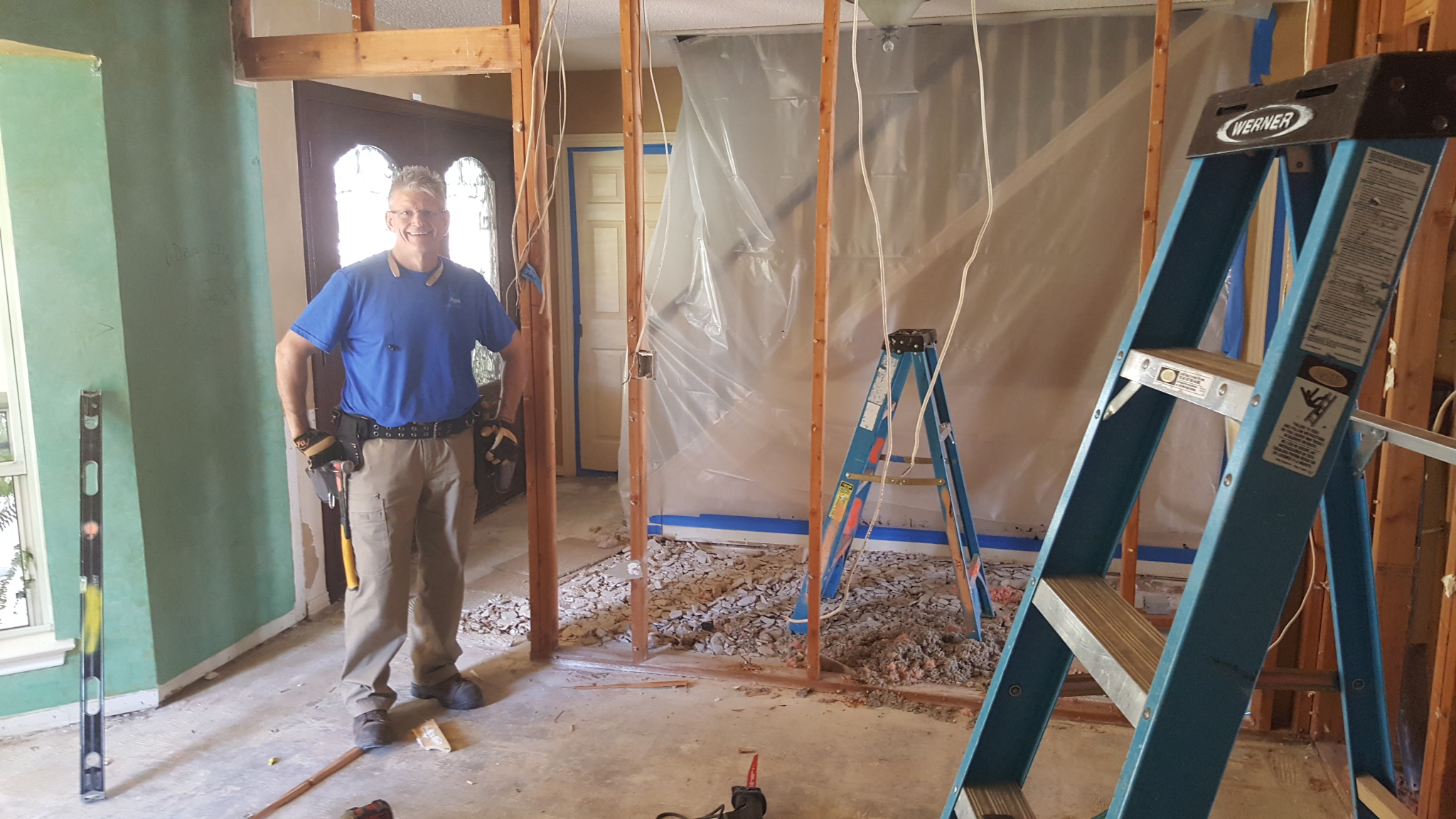 He wasn’t even 18 when Rob graduated from high school. He had already decided to join the Marines, and in order to start bootcamp sooner, he graduated early. Since he was still a minor, Rob’s father had to sign all the paperwork to allow him to enlist.

Shortly after his December graduation, Rob went off to boot camp in California.

Training was tough, but Rob’s performance was strong. He put in the leg work and the brain work and was given the choice of where he wanted to go and what he wanted to work in…you see he graduated FIRST in his bootcamp class!  He chose to serve on Marine One under President Ronald Reagan in the fire/rescue team.

When Rob’s years of active service were done, the natural transition for him was to become a firefighter. It was a job he knew well after years of performing rescue from helicopters. In addition to his military experience, he then studied to be a paramedic, flew on Teddy Bear Air for Cook Children’s hospital and thereafter went back to school to become a registered nurse and worked in the ER at Cook’s!

Construction, interestingly, had already been introduced to Rob’s timeline years before. His dad had a flooring store and Rob grew up helping with flooring and trim. With a lingering love for the craft, Rob started picking up odd carpentry jobs since all the positions he held were shift work…and let’s face it…our men and women that protect us just don’t get paid enough…so he started doing repairs for friends and coworkers through the years.

The rest, of course, is history! Several years before I met Rob, he formally started a construction company and when we met, he was running his remodeling business during the week, and picked up all the weekend shifts at Cook’s in the ER…next time we’re chatting…remind me to tell you about the ultimatum I gave him 😊 ! 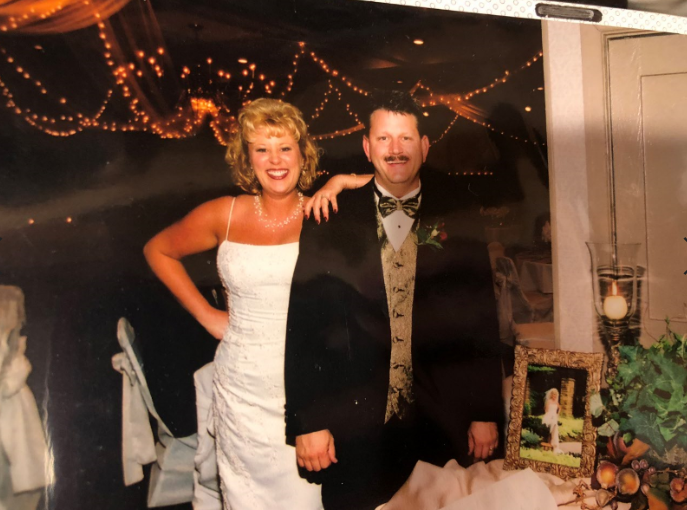 “There are no shortcuts, because that could mean someone’s death.”

Anyone who’s tried to rush Rob on ANYTHING will have met with an immovable object. Rob is so thorough that he could define everything he does by “no stone unturned.”

Rob has said more than once that much of this attitude comes back to his time in the Marines. There were no shortcuts because shortcuts meant putting someone at risk.

Even in remodeling, that can be true. Of course, it’s more likely that a shortcut will lead to unexpected costs, tattered dreams and other disappointments…but the physical risk is very real as well.

That’s not entirely where Rob’s fascination with detail comes from, though. In fact, I think Rob’s level of detail comes more from that same desire to help I mentioned earlier.

For example, when we found out our neighbors were also without power during the recent freeze, the first thing Rob thought about was the husband. He works for American Airlines as a chief mechanical lead over their planes, and when he didn’t have internet, he couldn’t work. Rob immediately thought about the impact that would have on American flights and all their passengers…and so he stretched a SUPER long extension cord from our home to the neighbor’s to ensure he had electricity and internet.

In the same way, if Rob is going to help a homeowner update a space, he can’t imagine doing anything but his best work. His renderings, the elevations, the detail in the custom cabinets…the way he does EVERYTHING is thought out to the very last level.

I remember when my parents moved into their house years ago…Rob actually lived there a couple months to get everything updated the way they wanted!

I know my parents are great and all, but how many of y’all could spend two months living with your in-laws just to get the job done right?! 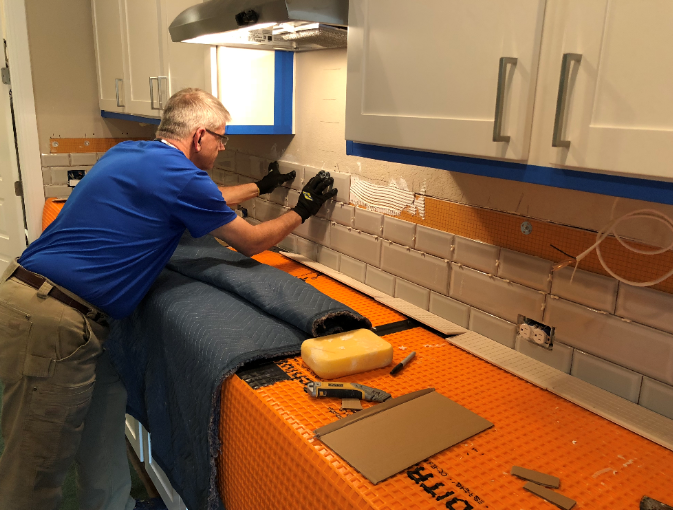 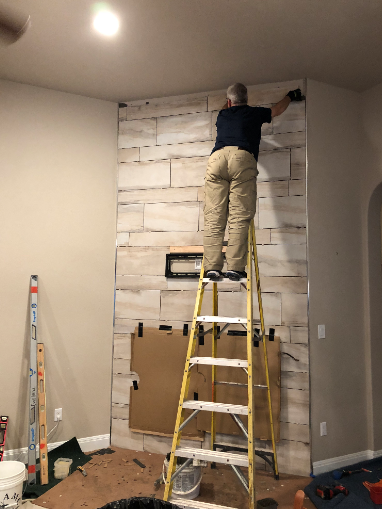 They say builders don’t have a design eye. That’s why interior designers like me exist!

Rob, though, is really something. He’s the one who does the 3D renderings, the technical design documents, lays out the custom cabinetry…etc.

And the records he keeps are INCREDIBLE.

Case in point. Rob has recently met with several adjusters on remediation projects after the storm. The adjusters have all been TOTALLY blown away by Rob’s notes, drawings and pictures.

“How long have you been doing remediation work?” One of them asked Rob the other day.

“This is my second job,” Rob answered.

Rob exceeds ALL standards at the city level, too, when he asks for permits and submits design work. Just look at other builders’ ideas of a project sketch versus Rob’s!! I wrote about this a while ago in an article about the key ways a remodeler should exceed your expectations…and Rob is AMAZING in every category.

Read more about permits and when (or why) you should be sure to have them for a remodel, too.

The Things He Cares About

The things Rob does are a DIRECT reflection of the things he cares about.

I remember one night before Rob and I left for vacation…we were running some last-minute errands, and there was a horrific car accident where someone had been T-boned.

Rob told me to pull over, and then he got out to see what was going on.

He ended up staying at the scene with the folks who’d been hurt until the paramedics came. Surely many other people would do that, too, but the memory stuck with me…I’ll never forget the look on Rob’s face. He was calm, and I saw purpose there.

Even more pronounced was the time we were going down to Austin and we saw that another driver had hit some black ice. We pulled over then, too, and Rob saw that the occupants were pretty badly injured. As the registered nurse on the scene, even when the paramedics got there, Rob technically was the person with the highest training and could not “transfer” care of the driver to anyone with less training than himself.

Without a thought, he stayed there and assisted until the helicopter arrived to transport the patient to the hospital. 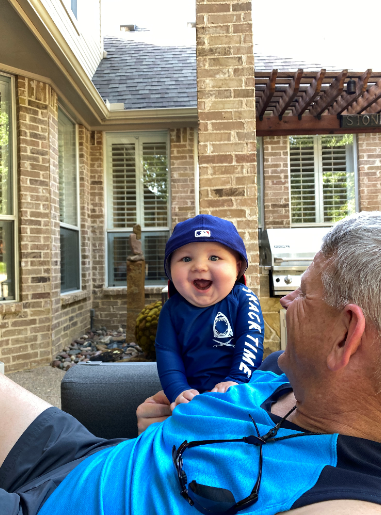 Again, there’s that word…“complex.” This is NOT a bad thing! Just like the 24-part kitchen island Rob designed and built recently, complex is sometimes just a way to say that someone is composed of SO many complementary parts…

In Rob’s case, those parts fit together like so many parts of a puzzle that’s already composed and framed. You only see the borders of the pieces when you look closely. From afar, it just comes together and makes himRob.

There’s his work history, of course. From remodeling to nursing, he has had two long-lasting careers. And believe it or not, each has informed the other in remarkable ways…

Kids and animals love Rob, too, and I’m convinced that it’s this drive for service that they can sense. Henry LOVES Rob so much, and the connection they share is remarkable. Even the children of our clients can sense it—after they’ve crawled up in Rob’s lap…he will engage them directly and ask, “Do you want to see what your new kitchen will look like?” They positively beam at him, and the answer is always “Yes!”

Even cats smell something they just like on Rob—and they are CONSTANTLY trying to get into his laptop bag! It’s been a running joke with us for years.

Obviously, I could go on. I’ve been married to Rob for a long time, and even I discover new things about him…

Spelling this stuff out for you was important to me because who Rob is comes out SO much in our work. Having learned these things about Rob, you’ll see them come through the next time you speak with him.

Hopefully, you’ll be that much more comfortable and confident than you already were when he explains elements of designs to you, too.

Seriously…his commitment…his level of detail…it’s refreshing! And based on what they tell us EVERY time we submit paperwork at the city, it’s unique to him! No other builder is like Rob Mathews.

Which of these revelations most surprises you about Rob?! Write me and let us know!! 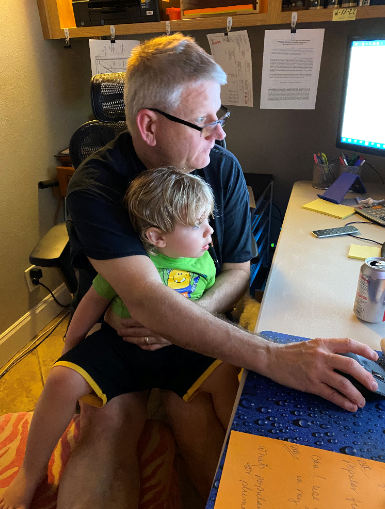 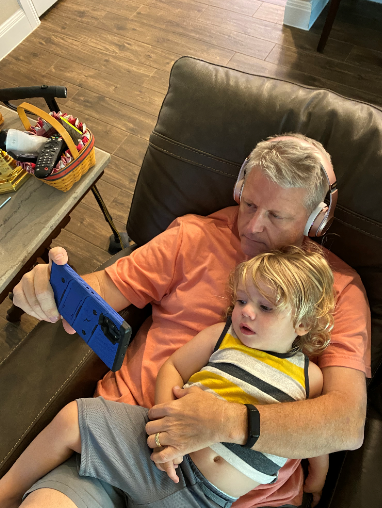 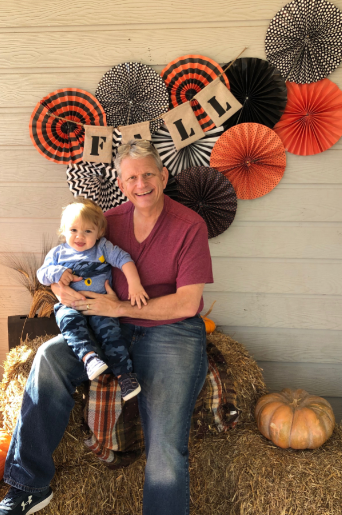 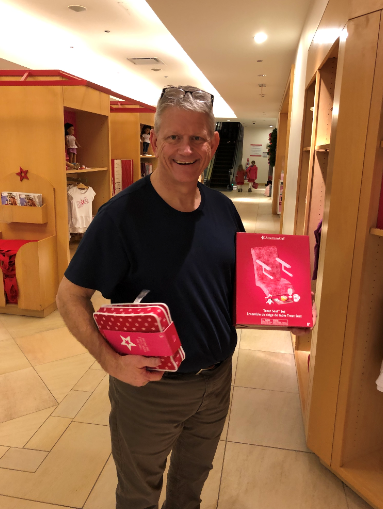 I think Rob had more fun at American Girl than Bailey did!!