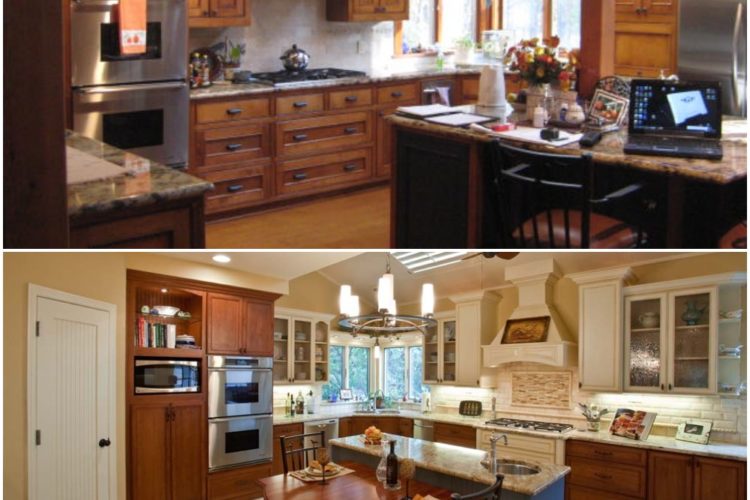 Just “One of Those Projects”

Every one of our projects has lasting value, because it’s our one “big thing.” It’s the sugar to our cinnamon, the butter to our bread. That said…every once in a while, there’s that project that really SHOWS that value pan out.

This kitchen remodel was one of those very, very special projects!

This client needed some BIG changes in the kitchen. There needed to be a more open design, but at the same time the space had a “cozy” feel that the client wanted to hold onto.

This client also needed more storage, which ultimately would mean adding more “stuff” in fixtures and cabinetry. This might be what all of us want: more open spaces while at the same time adding storage…but at the drawing board, who knows how to do it?

Then, there was problem #2…the client also wanted an updated look and feel—and not just “new for them,” but new and updated to a modern design. Before construction, there were quite a few elements that made the space look outdated…so, our work was cut out for us. 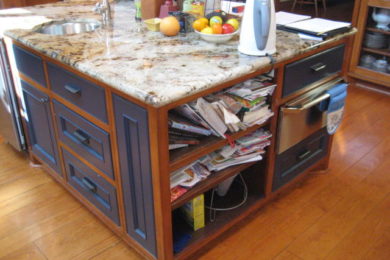 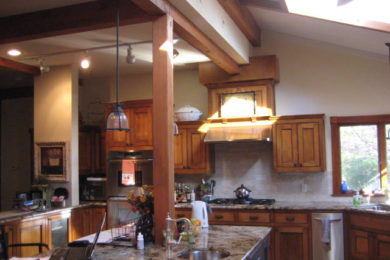 There were several changes we drew up and worked into the new design for this client. The collaborative process was a real exercise in our most positive and can-do client service, because theirs was a tall order that we were SUPER excited to live up to!

We ended up solving problem #1 (making the kitchen more open WHILE staying cozy) by focusing a lot of design work on the kitchen island. We made a more functional island suitable for entertaining and prepping, which didn’t technically add space but DID make every inch of space more usable…this is one way you open a space up while keeping it cozy! 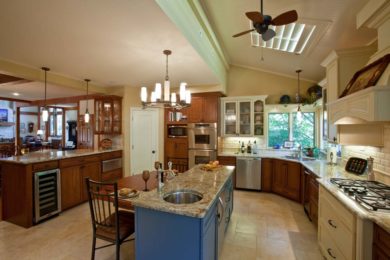 We also added a pantry for storage space, but given that cabinet’s lay into the wall, we didn’t lose drastic space in the floorplan.

When it came to updating the space to a more modern look and feel, our work was really cut out for us. We removed the ceiling beams, not to mention all the wood features from trim to columns throughout the room. Once these were removed and painted, the space IMMEDIATELY looked different.

This project was a kitchen remodel that ended up adding an immense amount of storage plus more usable space. The client, who loved to cook but never felt good using the current kitchen space, wanted an updated and brighter look while keeping that cozy feel. This was ultimately what guided most of our design.

An example of the visual impact this remodel made with removing all that wood detail is what happened to the oven and vent hood once the space was redone…we moved the oven to the center of the back wall, which—combined with getting all that wood pulled out of the room—created a totally new focal point in the kitchen. Centered oven, minus the distraction of all that wood! Before then, the only thing you could focus on was all that wood detail. 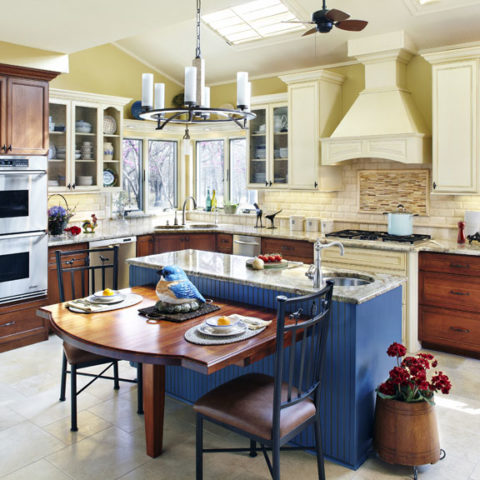 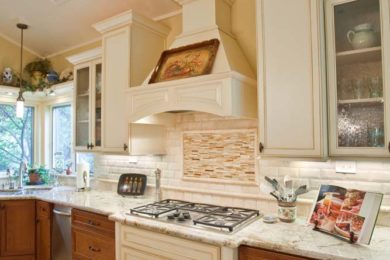 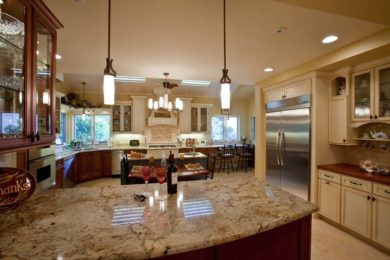 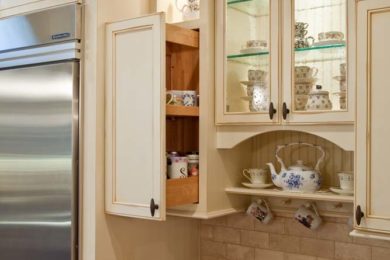 These changes worked seamlessly together to knock the client’s expectations out of the park, and our collaboration together and management of the project were HUGELY rewarding for our team. Even years later, this has continued to be one of those projects that we always come back to, both for the huge change in look plus the BIG boost in this kitchen’s function.

We’re happy to say that this client has had a LOT more fun cooking since the remodel, which has brought a truly heart-warming value to a project done right!!