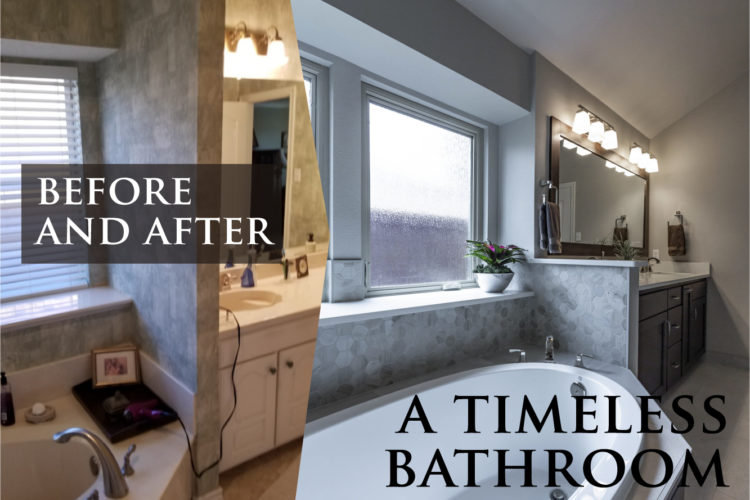 Before and After: Timeless Bathroom Design

It was a small bathroom whose wallpaper was ORIGINAL to the house. And, granted, the original owners were working with limited space…but the bathtub was honestly the shallowest I’d ever seen!

This remodel was going to be a full gut and redo. The owners wanted a space that was bright and easy to maintain, while adding a touch of luxury they felt the bathroom lacked.

For one, they wanted a tub they could both fit into—no, not at once, just one big enough to be comfortable for both (she was a little taller than me and he was at least 6’)! 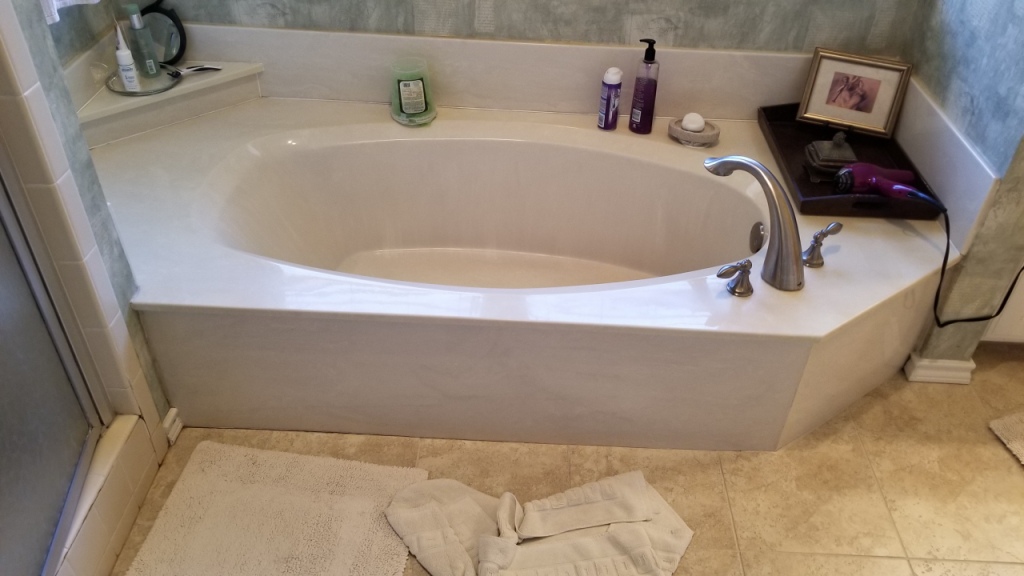 How to remodel a small bathroom… 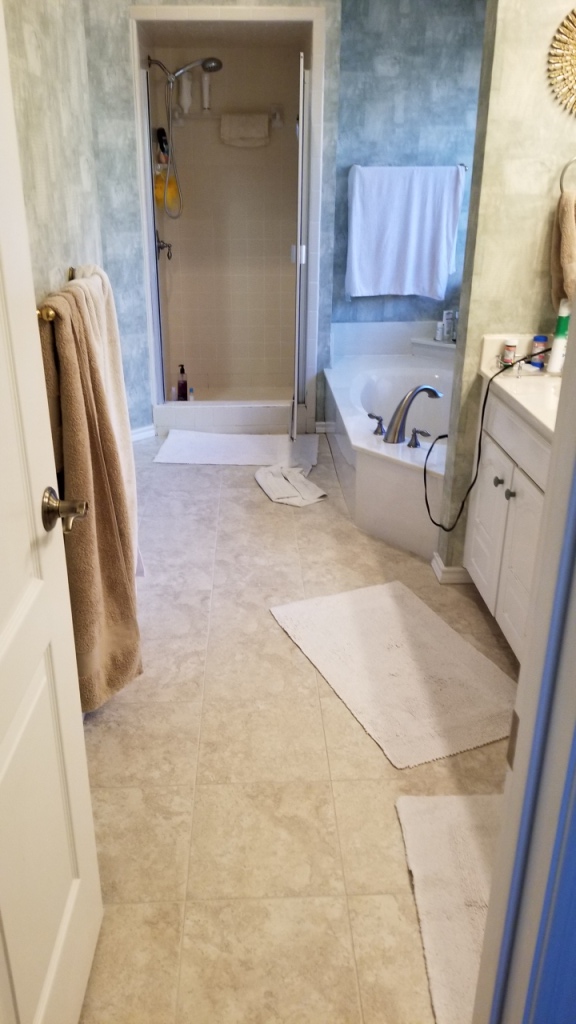 The space was small, which was something we focused a LOT of energy on. A small bathroom doesn’t have to FEEL small…it doesn’t even have to look small. Here’s what we did to open the space up:

1 – First, we bumped a wall out to steal some space from the garage (without any perceivable difference from inside the garage)

A lot of clients assume that remodeling a small bathroom is faster since it’s small, but if you take just a little time to drill down to the details, the fixtures, the colors…you can make a very real and lasting difference in both the functionality and feel… 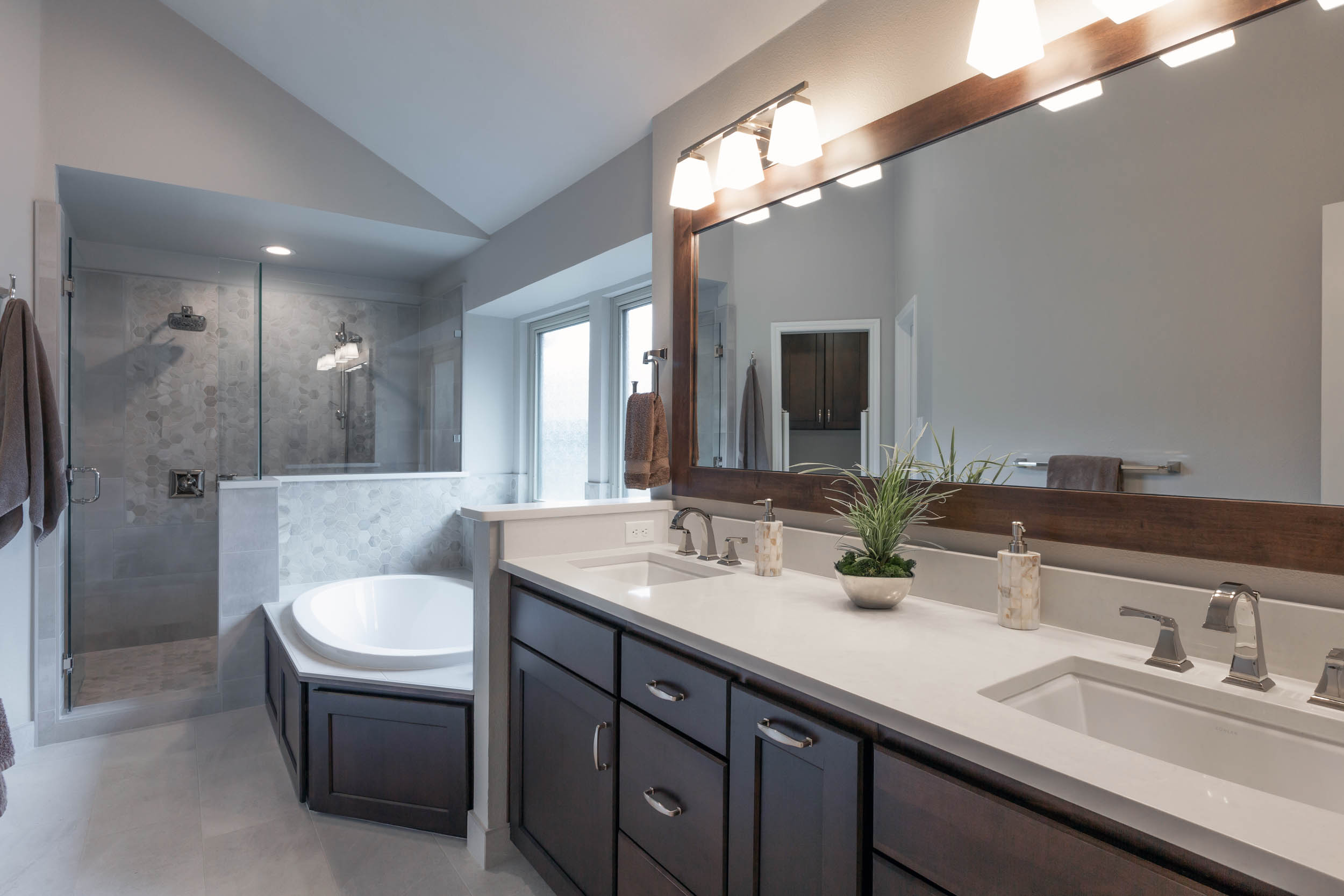 A change in perspective 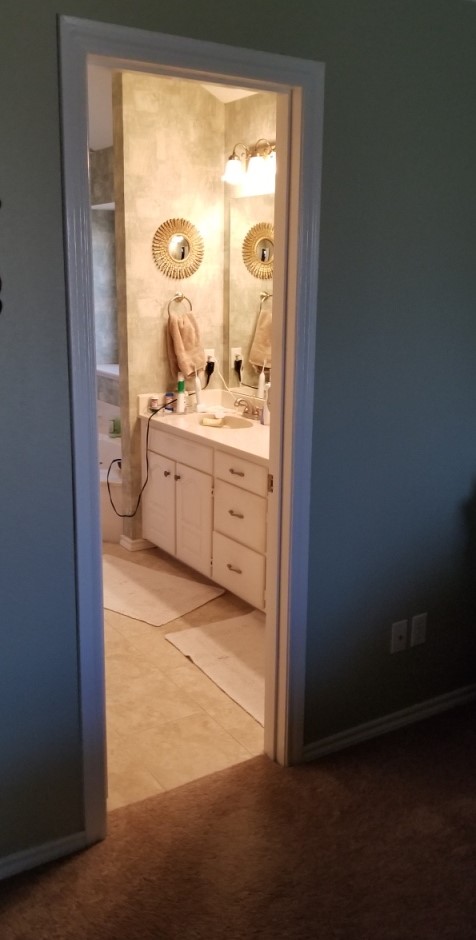 We also pulled out ALL the stops to design the most comfortable flow and spatial experience this bath could provide…In non-design terms, we made changes that helped direct eyesight around the room better.

For instance, we took down the wall by the vanity that previously STOPPED the eye as soon as someone entered the space. We made that into a pony wall, then put a ledge on it. More open space, and the bathroom became much easier on the eyes.

We added another pony wall near the shower and capped both of them off with the same quartz material chosen for the counters. If you’re looking to guide flow while creating MORE practical space—especially in a small bathroom—these additions can be used to huge success.

Last but FAR from least, the TINY shower in the original bathroom was updated to a larger one with frameless glass (so as not to obstruct eyesight around the room).

Just look at these pictures! It’s incredible how much larger this bathroom looks, despite having made the tub AND shower both bigger! 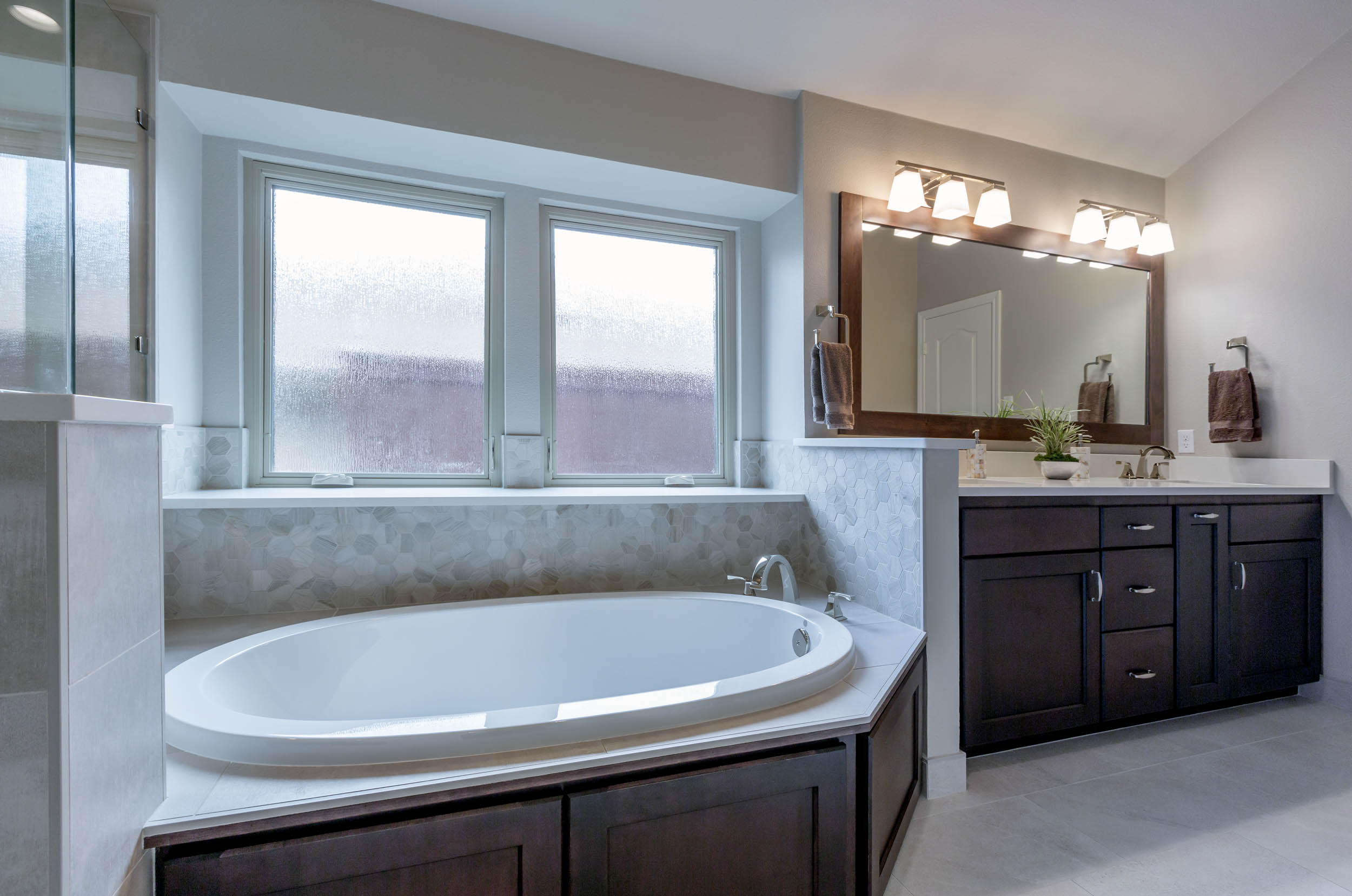 Not only was a STUNNING quartz chosen for practical surfaces (which fit right in with the couple’s priority to keep the space bright and easy to clean), but the colors chosen were neutral, soft, and totally timeless.

People are going to walk into this space in 10 years and have NO idea when it was redone. They’ll sense it’s been remodeled with the condition the fixtures are still in, but there will be no timestamp from passing fads…

DeWils custom cabinets and Delta Faucet selections gave the space a feel of quality craftsmanship…And look at the polished nickel faucet and the rectangular sinks!

This couple was an ABSOLUTE joy to work with, and one of the most rewarding things about this project was picking out the timeless touches that would keep them feeling at home for years to come. They have no plans of moving, and so this remodel could become exactly what they wanted it.

Here are some more photos from the finished space…This has truly become a gorgeous space! 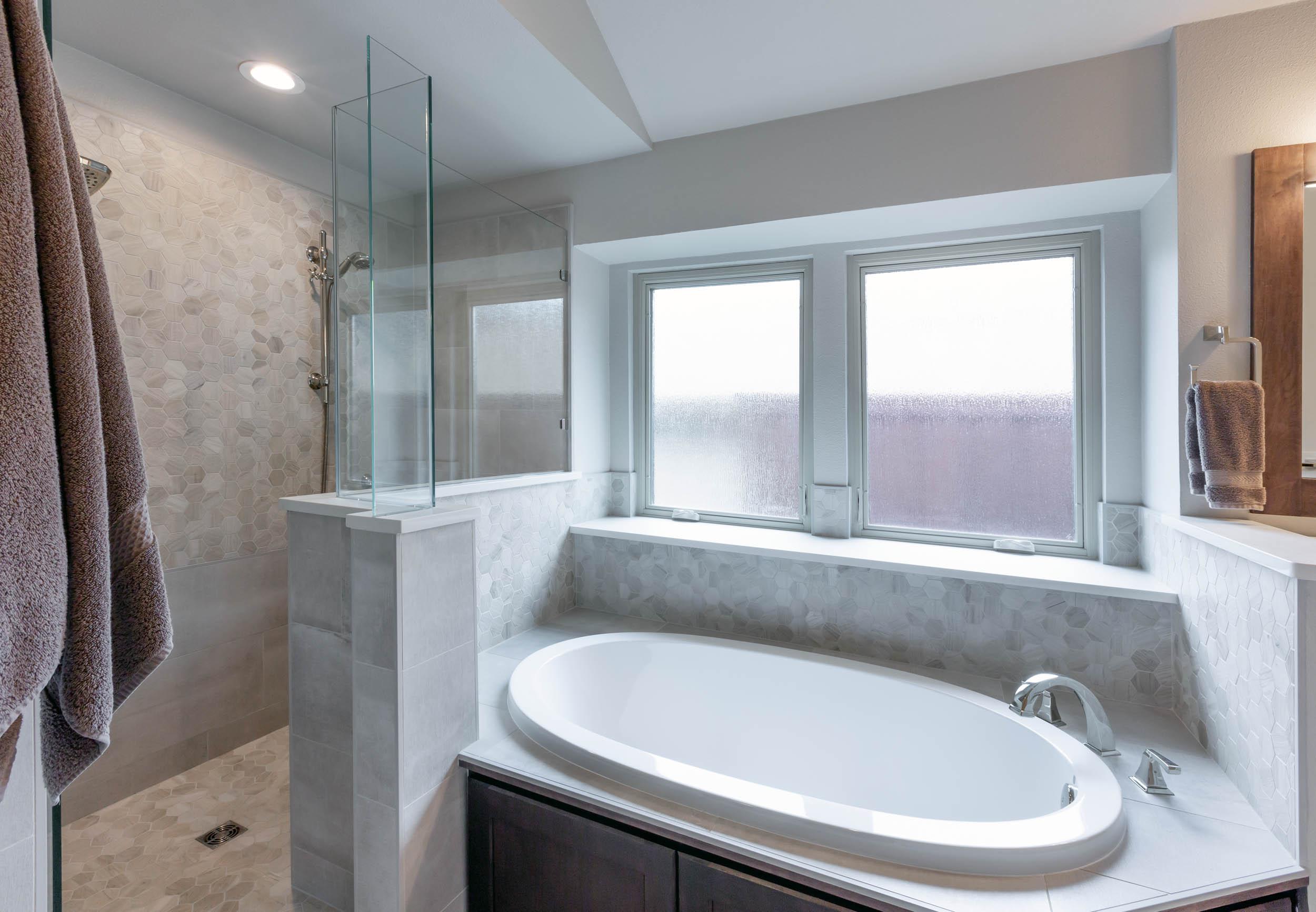 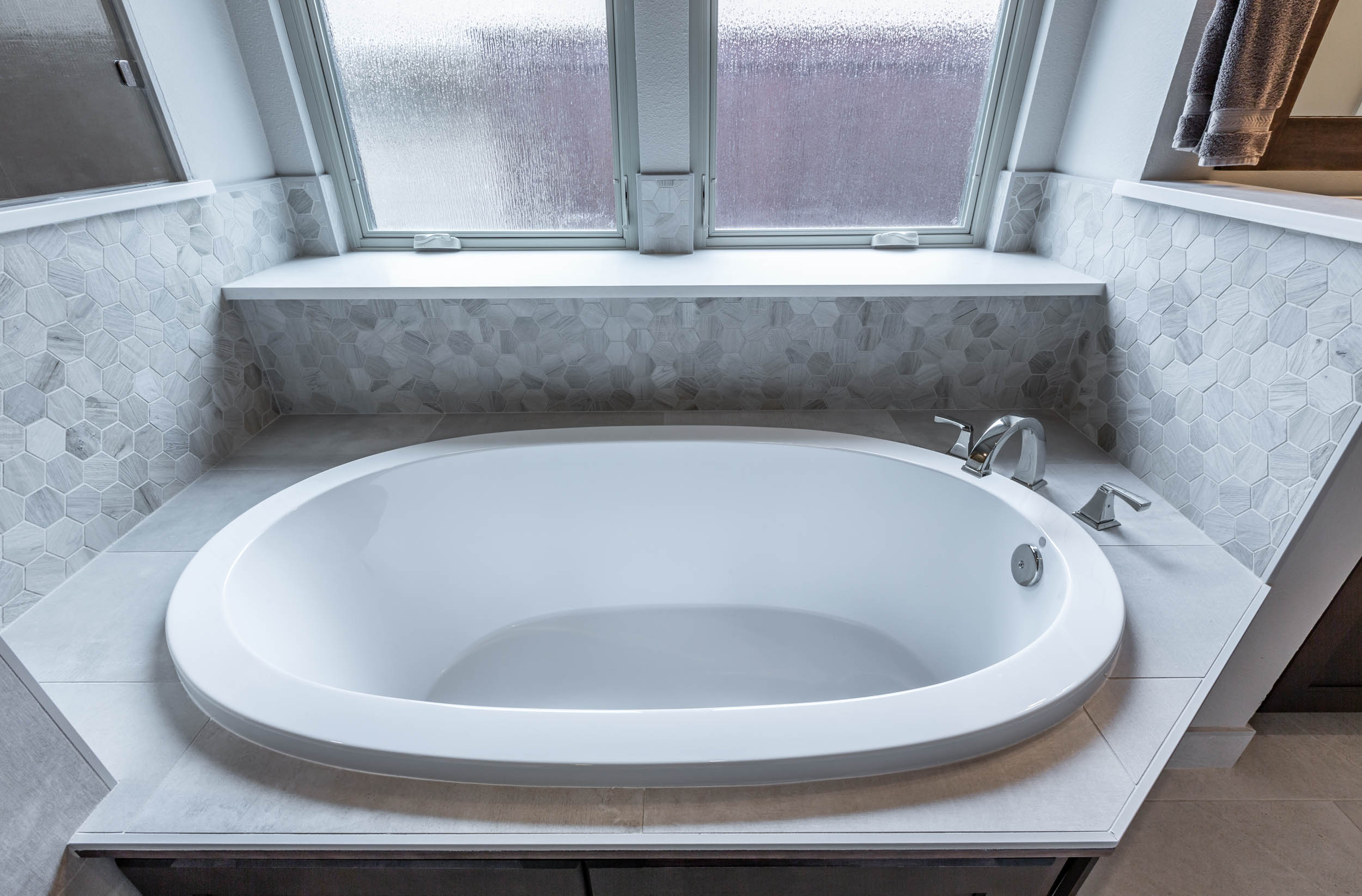 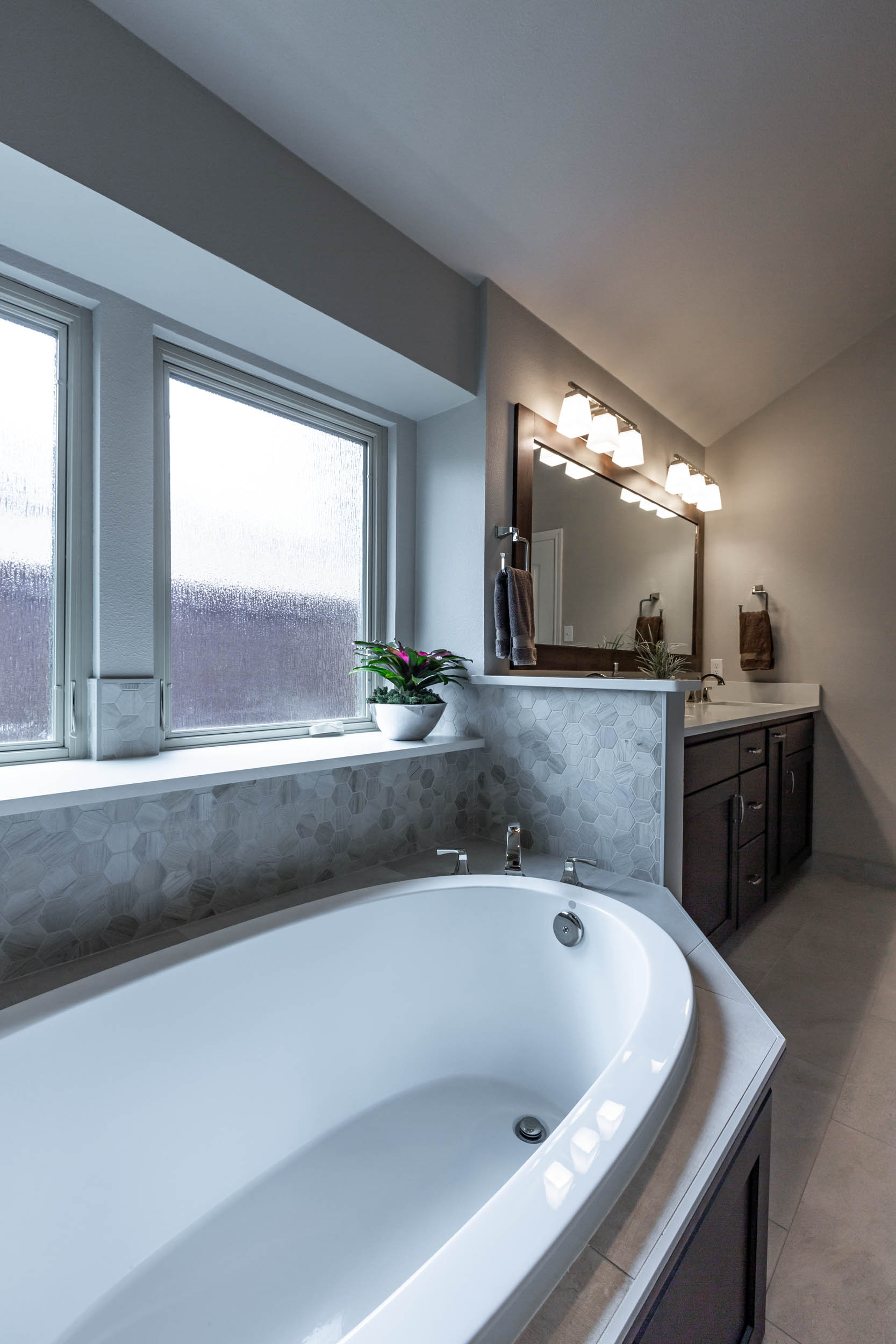