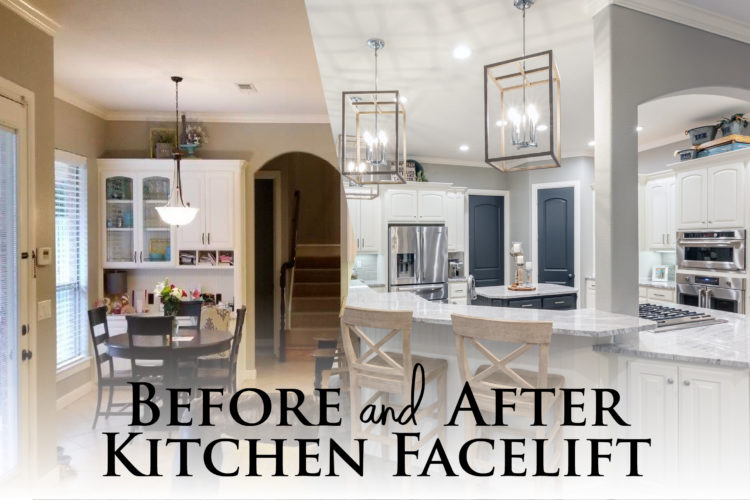 [Before and After] Kitchen Facelift in Keller, Texas

It was fall last year when this Keller family reached out to Signature Home Services. They had a kitchen that needed some help, but they did NOT need to gut and redo all of it. There were things they really liked, but there were also some outdated fixtures and finishes, and things were starting to break.

The family was also interested in keeping their budget down, and they were in luck, because they really DID like the existing layout. It also helped save money that they were not going to replace the cabinetry.

Our first consultation with them revolved around what DID need to be updated, along with getting to know the family. We discovered that the couple were both HUGE coffee drinkers. Also, the kitchen was a very popular space to hang out in since they had two growing and VERY active boys.

How we gave this Keller kitchen its facelift… 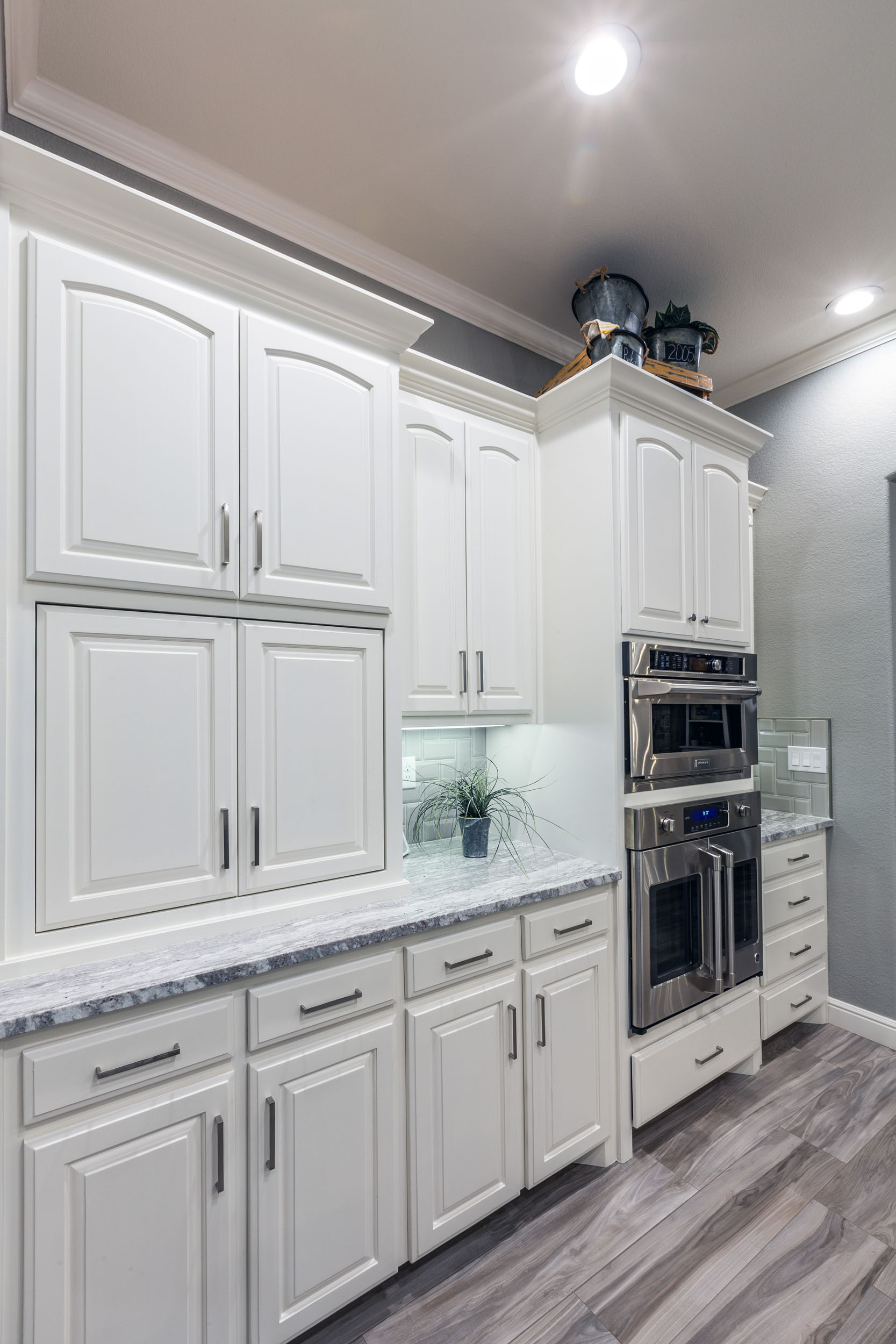 The worn and outdated pieces had to go—we all knew that. There were also other tweaks we could make without completely blowing the budget, and some of those tweaks ended up being pretty cool solutions…

For example, the family wanted a range top put in with a decent oven hood. However, the cabinetry was staying put, and there was no way we could get a hood vented. So we helped them find a powerful recirculating hood with charcoal filters.

Next, while we weren’t replacing the cabinetry, there was one corner of the kitchen were a pop-up coffee bar was going in. The couple are SUCH lovers of coffee that this update was going to add a real touch of character to a space they knew they could get more out of. Talk about a return on enjoyment!!

Check out how this bar can roll out then roll out and back in—and with the doors closed, y’all would just think it’s another cabinet! 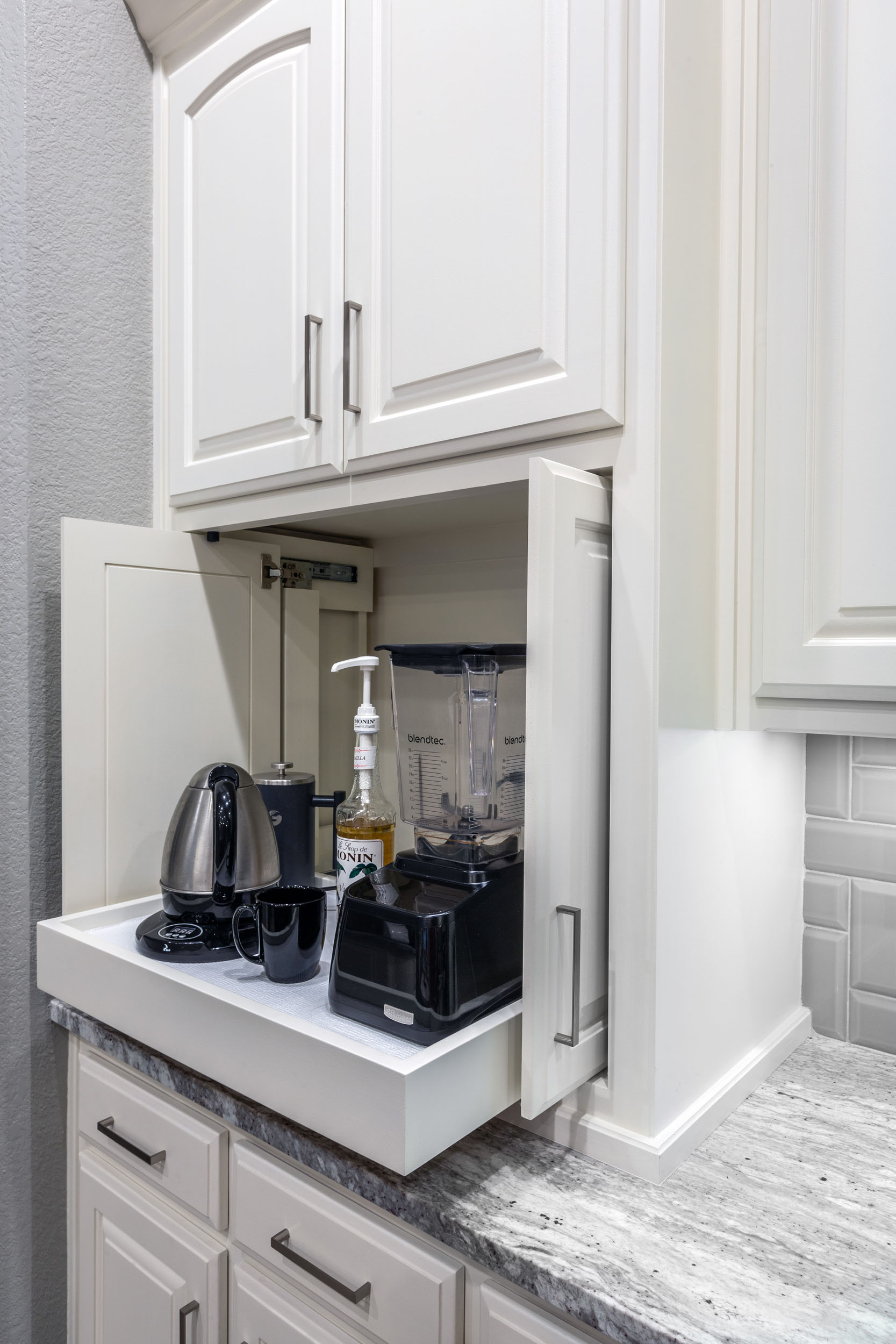 And while this was a kitchen facelift, I will say it was a HEAVY facelift in some ways! Other changes and updates included:

When you’re up against a wall…

There was also this BIG wall that blocked the kitchen view into the family room…but taking it out wasn’t an option. Number one, it would have totally blown the budget. Number two, it wasn’t load bearing, but it DID have the electric and gas running through it. Moving those lines to another wall would have added time and costs that did not make sense for this family.

So, instead, we got rid of as much of the wall as we could. The vantage point into the living room changed DRASTICALLY, and with the updated lighting installed, the space became immediately brighter and more luxurious. 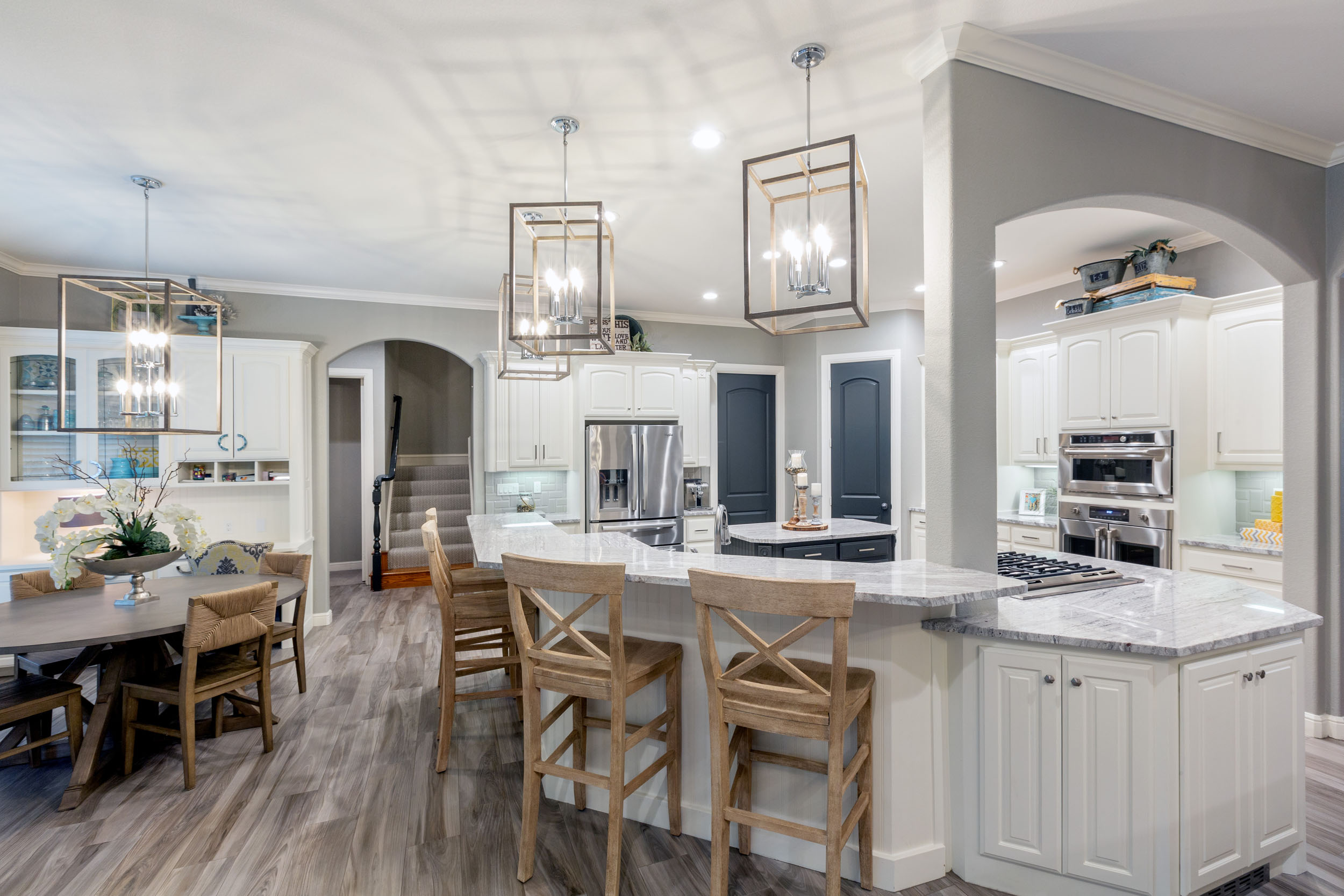 With this budget managed with creative solutions and a carefully-crafted list of priorities, this family was also able to do a facelift on their pool bathroom at the same time! The shower was completely redone, the cabinets were painted, and new lighting was added everywhere. 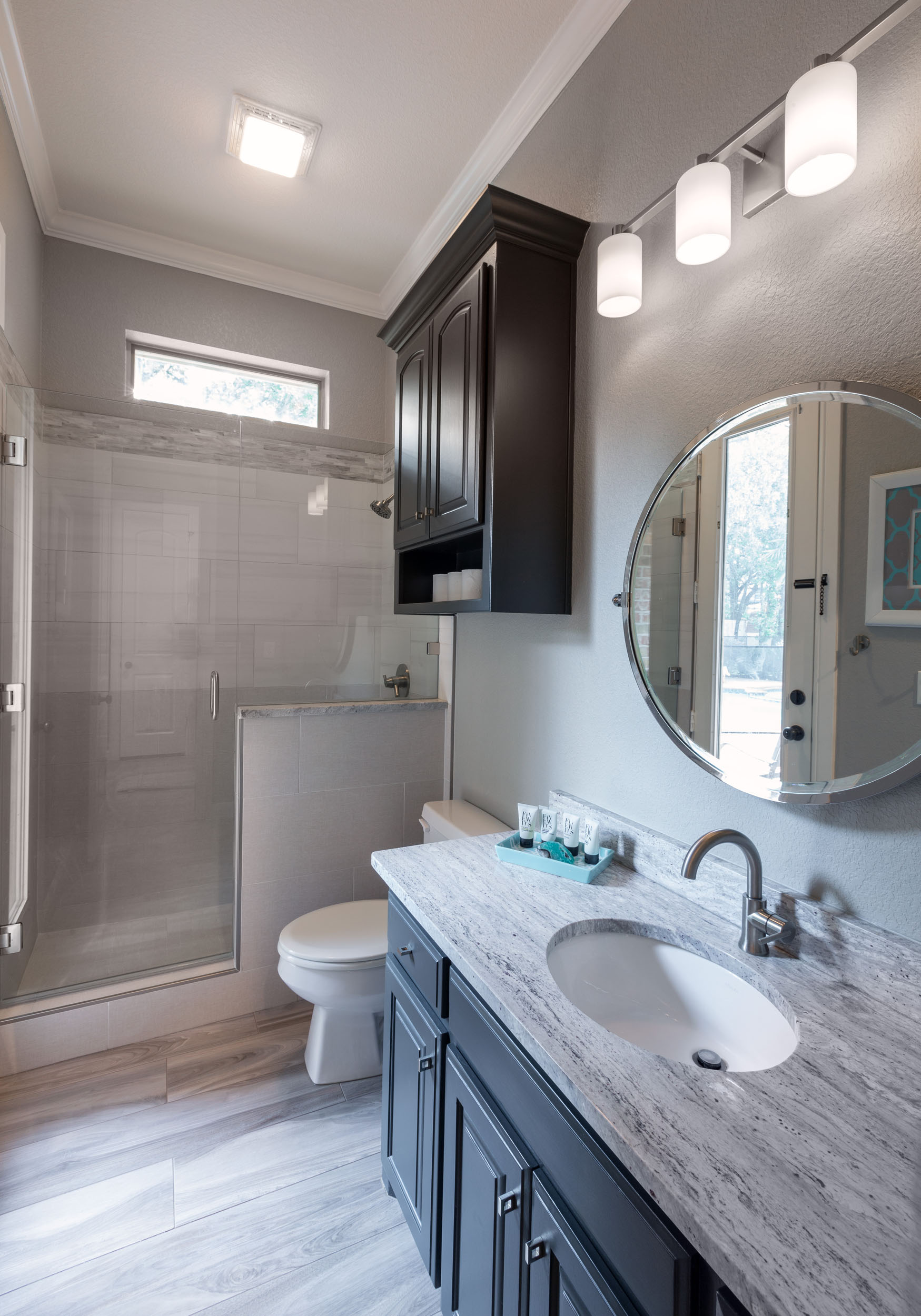 Take a look at more “after” pictures from this project!!

Not sure if your space needs a facelift or a full gut and redo? Read the recent article that explains the difference or write me personally today! 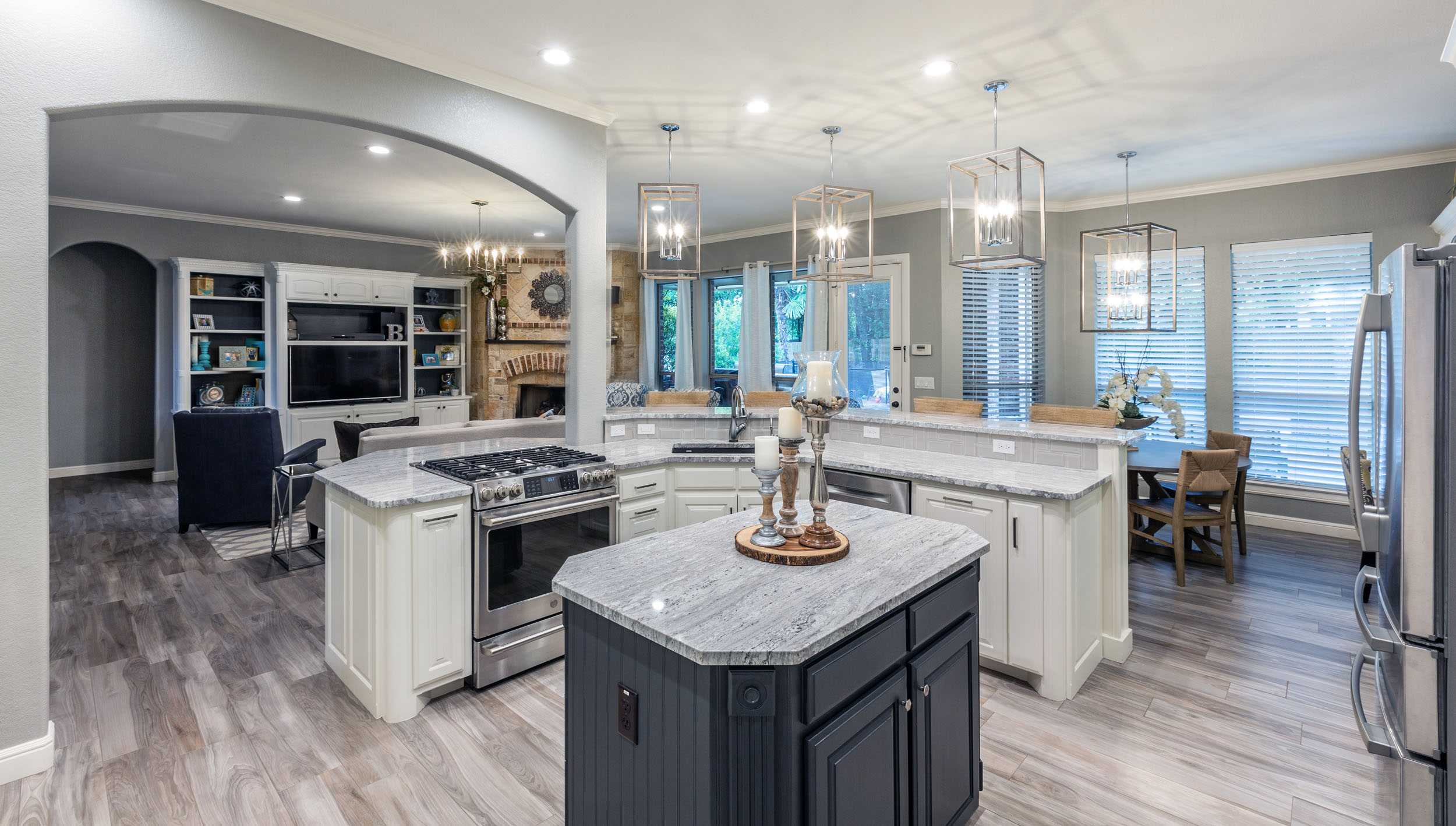 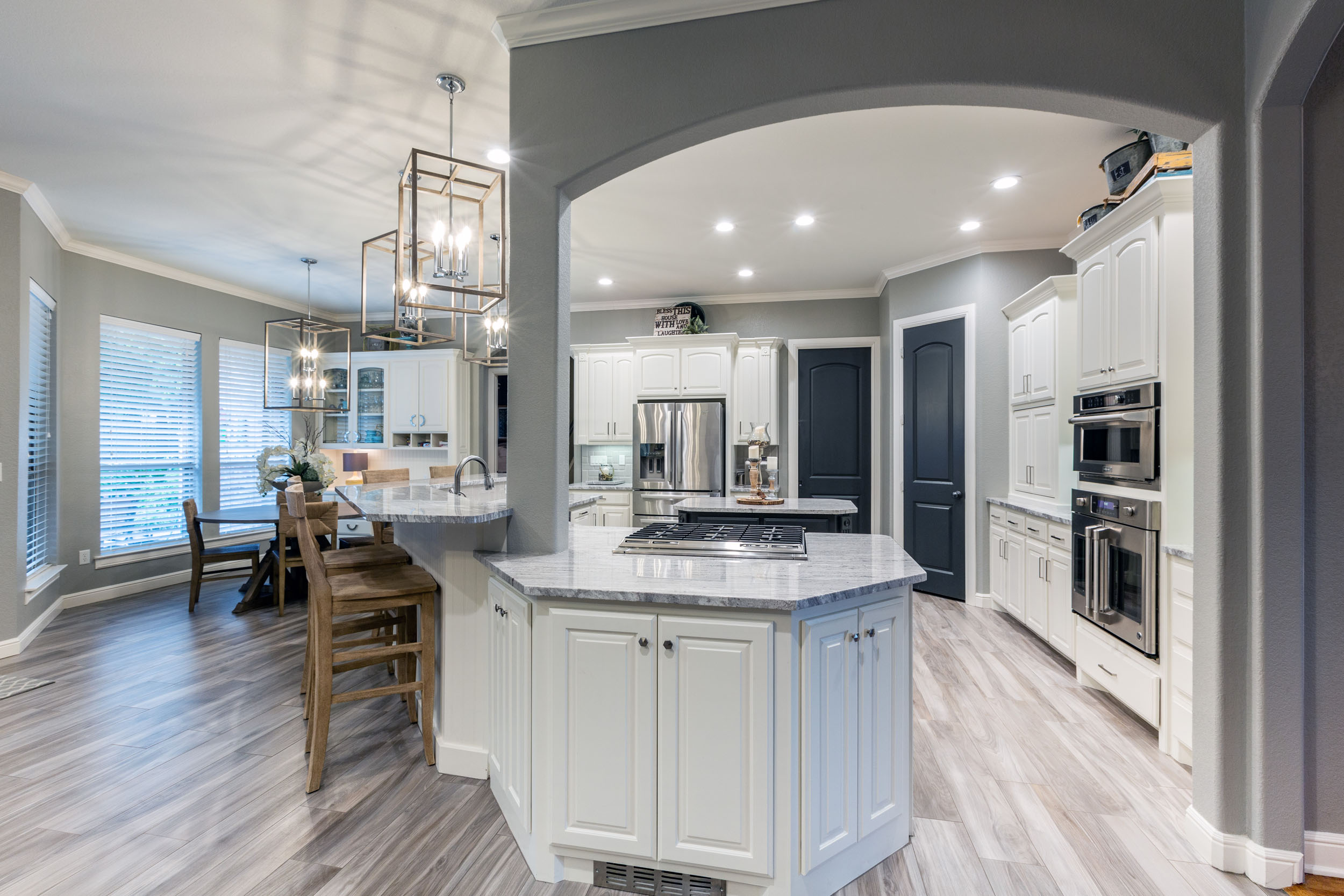 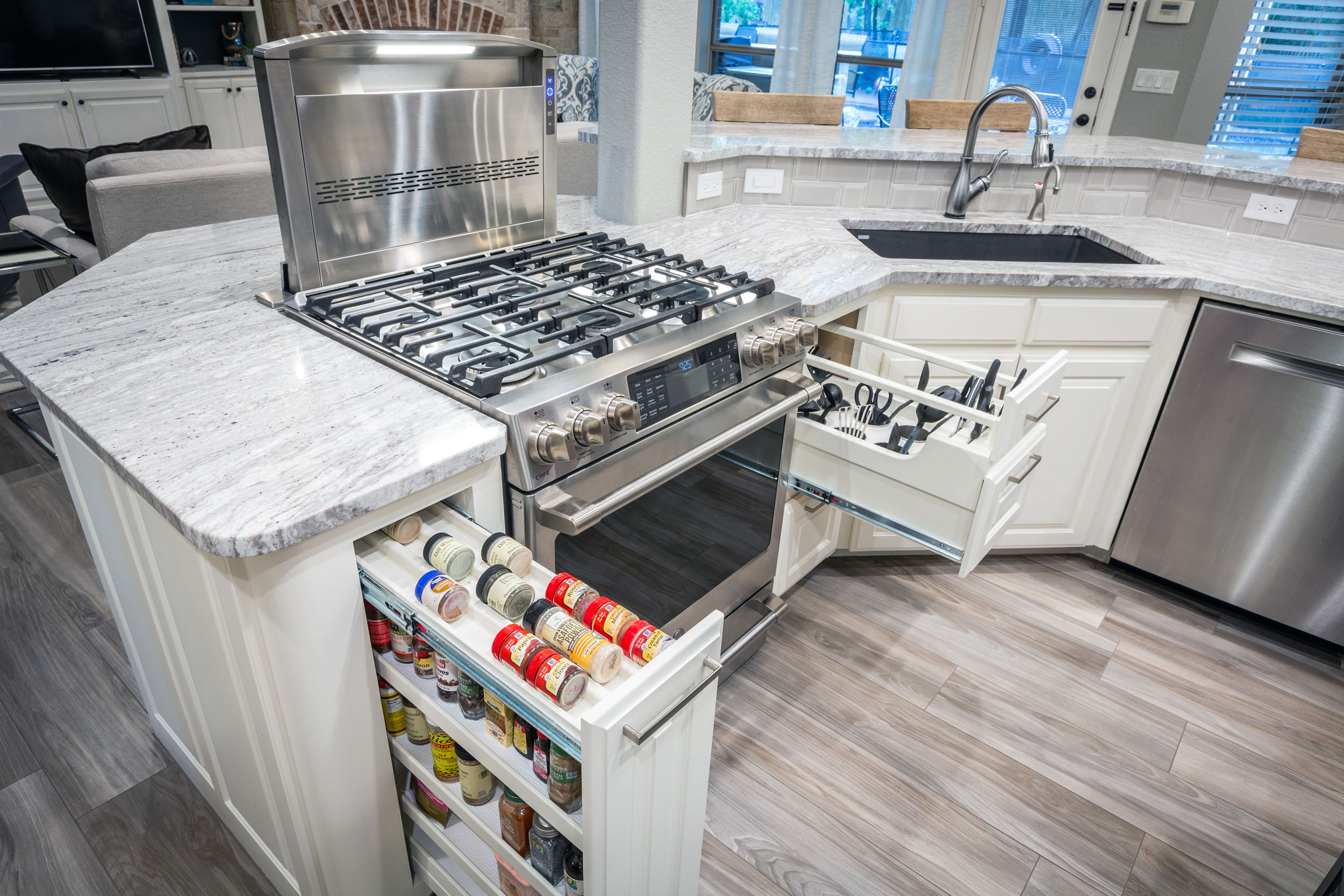